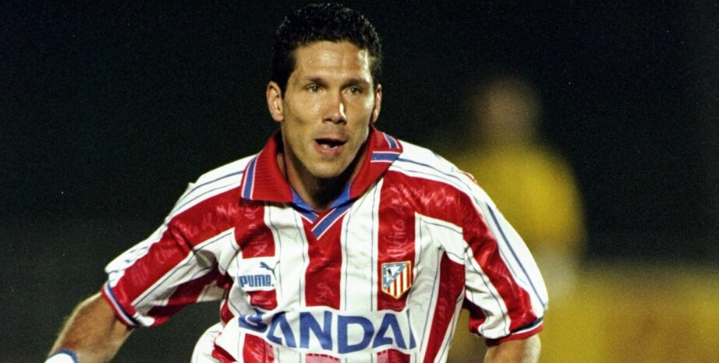 Perhaps overshadowed by the likes of powerhouses Real Madrid and Barcelona, Atlético Madrid still has the third biggest fanbase in Spain. With a couple of Europa League trophies and two Champions League runner-ups last decade, Atlético de Madrid have undoubtedly been one of the most prominent teams in world football. Here are some of the players that helped the Atleti side become what they are today.

The Argentine striker signed with Atleti at the age of 18, playing 234 games across competitions and scoring 101 times. While it took the forward a couple years to cement the combination of superior pace, technique, and versatility, he nonetheless stepped up in the departure of Fernando Torres to Liverpool and helped the team win the Europa League and UEFA Super Cup in 2010. It was Aguero’s excellence at Atleti that set up him for continued success in the Premier League.

The Spanish international known for his physical and confrontational nature has not scored a ton of goals in his tenure with the team. Now into his sixth year at the club — he played for Chelsea for a few years in between — Costa has contributed to the side’s 2013 Copa Del Rey win against Real Madrid as well as the 2014 La Liga title. He finished runner-up in the 2013/14 Champions League final and helped Atletico win the 2017/18 Europa League. If he remains focused and injury-free, the big man could yet score more goals and more trophies.

The Frenchman played an instrumental role in Atletico’s success last decade, scoring 114 goals in 217 appearances for the club. Winner of the 2018 Europa League, Griezmann also won the best La Liga player in 2016, a year which saw him nominated for the Ballon d’Or award. The World Cup winner inked another deal with the club for €20 million a year in June 2018 before moving on to Barcelona to start the 2019/20 La Liga season.

The technically gifted and imposing Spanish striker Fernando Torres made a splash at Atlético Madrid, helping the team climb out of the second division into Spain’s first league. He netted 91 goals in 244 games before he decided to test new waters in the Premier League. He returned to Atleti in 2014 where he’s earned an additional 160 caps and scored 38 more goals. He also helped lead the side to its third Europa League trophy in 2018.

A replacement for the departing Fernando Torres, the Uruguayan striker Diego Forlan made an immediate impact in his first year. In addition to being the league’s top scorer in the 2008-2009 season, he also scored the all-important goals in 2008 and 2009 that qualified Atleti for back to back Champions League appearances. He earned 196 caps with Atlético Madrid and netted 96 times, six of which he scored en route to the 2010 Europe League trophy.

Once the most expensive player in club history, Falcao played 91 games with Atleti and scored 70 goals. He led the team to a Europa League victory in 2012 along with all important pass to Diego Costa that finished the Copa del Rey with a win over Real Madrid.

An Atleti youth product, Spanish midfielder Gabi has played two stints with the club, one from 2004 to 2007 and a second 2011 – 2018. His strong work ethic and distribution helped the side win the Europa League twice, the Spanish League once, along with a Copa del Rey and Spanish Super Cup.

A member of the Atleti side since 2010, center back Diego Godin has developed into one of the best defenders in the world. The Uruguayan has earned 357 caps with the club, scoring 23 times, and helping the squad win La Liga in 2014, a Spanish Cup in 2013 and the Europa League twice in 2012 and 2018. He’s finished runner-up in the Champions League twice.

With three seasons as the Atleti goalie, the 6’6 Belgian Thibaut Courtois morphed into one of the best shot-stoppers in football. On loan from Chelsea while Petr Čech wrapped up his Chelsea career, Courtois helped Atleti win the Europa League in 2012, the League Cup the following year, and La Liga in 2014. However, he lost the Champions League final to Real Madrid in 2014.

The former player and current coach of Atlético Madrid, Diego Simeone had a string of successes as a player for the club side. A staunch defensive midfielder with over 100 caps, he helped Atlético win the double of La Liga and the Spanish Cup in the 1995 – 1996 season. As a coach, he’s had much more success, getting the team to two Champions League finals as runner-up, two Europa League titles, La Liga and the Copa del Rey.