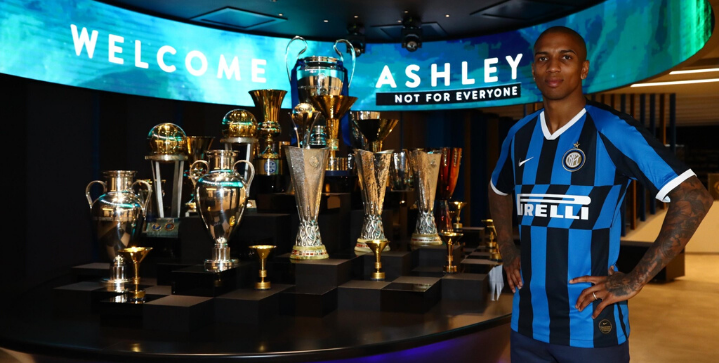 Inter Milan have completed the transfer of Ashley Young from Manchester United for £1.5m on a permanent deal until the end of the season, with the option to extend for another 12 months.

“Well, to be fair, I think it was for Ashley, you know,” explained Red Devils boss Ole Gunnar Solskjaer.

“He is 35 in the summer and, if he gets a two-year contract somewhere, I think it’s up to him to take that. We weren’t ready to offer that.

“He’s been a good servant for the club. He’s been captain and he’s won trophies, leagues, cups, but we’ve got players coming through.

“So it was time now, then. When Ashley’s head and mindset was on ‘yeah, I want to try this’, why not do it now?”

The 34-year old defender finished his eight-and-a-half-year career at Old Trafford with 261 appearances, 19 goals, and 43 assists.

The England international helped Manchester United win the 2012/13 Premier League, the FA Cup, and both the Europa League and League Cup.

He captained the team this season but only made ten starts. Harry Maguire will replace Young as Manchester United’s newest captain.

The former Aston Villa player racked up 69 assists during his time in the Premier League. The only current players to have more are James Milner (84) and David Silva (90).

Young will join an Inter Milan side that’s trying to take back the Serie A trophy. Juventus, currently in first, have won the league for the last eight consecutive seasons.