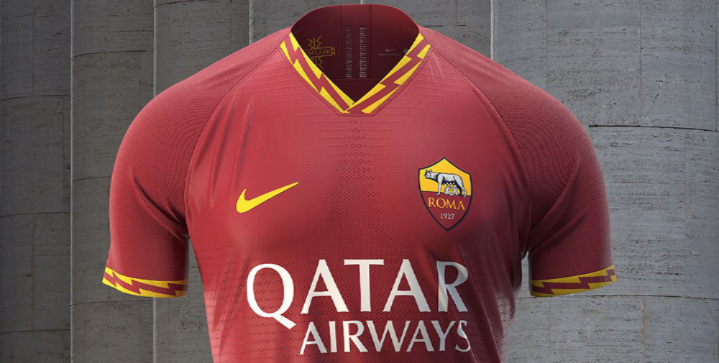 AS Roma released its new kits for the upcoming 2019/20 season.

The lightning effect on the collar and sleeves is one of the more noticeable aspects of the shirt. The Roman bolt-like typeface is also a nostalgic throwback to the tales of Rome.

Said Nike designer Pete Hoppins spearheading the project: “Roman mythology and its influence on Roman identity played a huge part in the concept. This year, Jupiter was our focus, and the lightning bolt was an obvious and powerful symbol to use.”

The badge, of course, is an extant staple.

The white shorts provide a nice contrast to the Tyrian purple and gold. The socks adhere to the shirt’s theme: red, yellowish-gold, with a lightning bold running across the center.