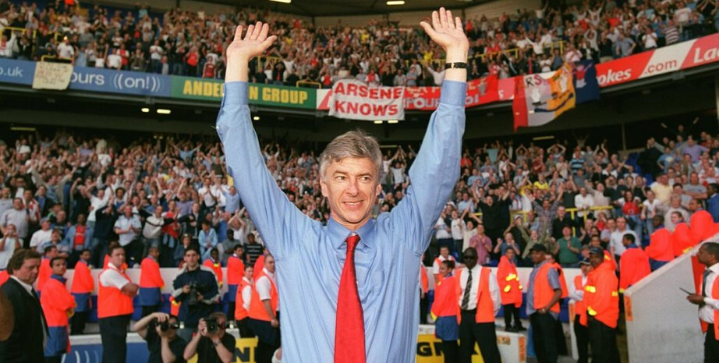 The classy Frenchman Arsene Wenger coached Arsenal for over two decades, becoming the most successful coach in the club’s history while establishing unprecedented best practices for dieting, training, and scouting. Here we document the Professor’s most successful wins during his tenure for the Gunners.

After beating Manchester United 1-0 at Old Trafford, Arsenal went on a winning streak of nine consecutive wins in the last games of the 1997-98 season. Wenger sealed his first title after thrashing Everton 4-0 to win the Premier League title with two games left.

After snagging the Premier League title in 1998, Wenger then became the first foreign Premiership manager to win the double after Arsenal beat Newcastle in the FA Cup 2-0 with goals from Marc Overmars and Nicolas Anelka. It was Arsenal’s first double since 1970/71.

In what was a drum up to winning the league title, Arsenal first defeated Chelsea in the 2002 FA Cup. Goals from Ray Parlour and Fredrik Ljungberg helped seal the deal for the Gunners, giving Wenger his second FA Cup trophy.

In the second to last game of the season, Arsenal followed up their FA Cup success over Chelsea to defeat arch-rivals Manchester United on their home ground. The victory sealed Wenger’s second Premier League title and second double.

Losing the first leg to Inter Milan 3-0 at Highbury in the Champions League, Arsenal had to win at the San Siro in the second game to move past the group stages. With the Gunners missing some key players, Henry, Freddie Ljungberg and Robert Pires stepped up to beat Milan 5-1 at the San Siro.

In a vital league match, Arsenal ensured its primacy atop the Premiership table by creating a remarkable comeback against Liverpool. But it wasn’t easy. Losing 2-1 at halftime, Henry led the charge with a hat-trick to finish the game 4-2. The win pretty much guaranteed Arsenal the league championship.

Down 1-0 at halftime, the last game of the perfect 2003-04 season against Leicester was a nail-biter for Arsenal fans. But Henry and Vieira both stepped up to score to give the Gunners the 2-1 edge.

With the undefeated 2003-04 season, Arsene Wenger’s ‘Invincibles’ won 38 league games (26 Wins, 12 Draws, 90 Points) on the way to winning the Premier League title. The unbeaten season was only the second time since Preston North End accomplished the feat in the 1888-89 season. Arsenal went 49 games unbeaten from May 2003 to October 2004 after losing to Manchester United.

Arsenal became the first English side to beat Real Madrid at the Bernabeu in the first quarter-final leg of the Champions League in 2006. In one of Henry’s best goals, he destroyed Los Blancos defense and got the goal that helped Arsenal move on to the next round. 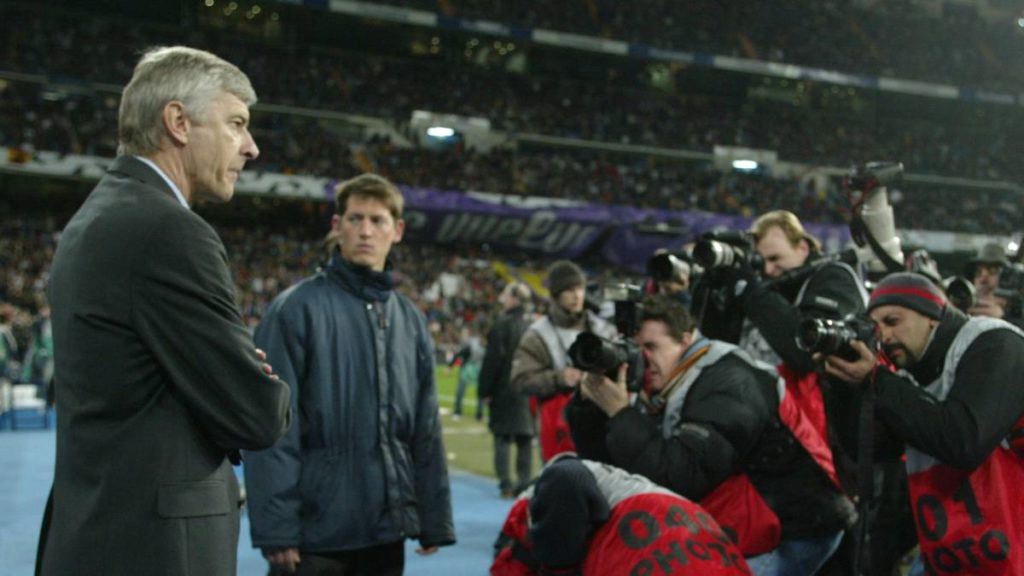 Arsenal came up with one of the team’s more flawless performances under Arsene Wenger, winning 2-0 in aggregate over Juventus in the quarterfinals of the Champions League. Unfortunately, the Gunners came up empty in the final against Barcelona.

Given the late struggles of Arsenal in the Premier League and Champions League in the latter half of Wenger’s career, he was still able to earn some silverware at the FA Cup. He won the FA Cup three times in his last four years as head coach, making him the winningest FA CUP manager with seven. He also won the Community Shields in those same years.