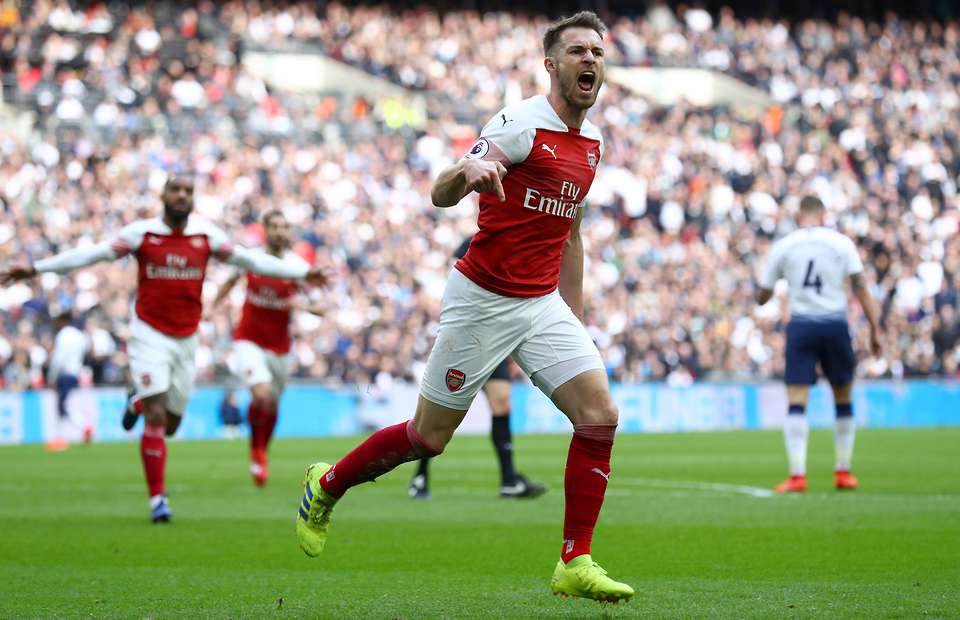 Unlike the previous decade, the 2010s were a bit rougher for Arsenal. While the team collected three FA Cup trophies under Arsene Wenger, they failed to win the Premier League and found themselves in an unfamiliar position out of the Champions League competition.

Here’s a list of the players that kept the Gunners performing as one of the most consistently competitive teams across Europe.

The 5-foot-6 inch midfielder maestro won over the Gunner fan’s hearts during his six years in North London. The Spaniard played football with the same silk and verve of past Highbury Gunners but with a smile on his face.

Plagued by injuries during the last couple years of his Arsenal career before moving back to Villarreal — the playmaker still feels compelled to pay the fans back. His remarkable return to the pitch for Villareal after doctors once told him that he’d be lucky to walk again is a testament to the miracle that is Santi.

The Welsh midfielder Aaron Ramsey spent more than a decade with the Gunners, helping the side snatch three FA Cups.

A strong runner, passer, and overall technician, Ramsey also had a knack for scoring pretty goals.

Suffering a broken leg after a nasty tackle in 2010, Wenger nonetheless kept his patience with Ramsey while the player fully recovered to his stride in the 2013-14 season.

While suffering a dip in form and lack of play due to the arrival of Gunners boss Unai Emery in the post-Wenger era, the German has nonetheless seen a revival under new coach Mikel Arteta.

Beyond his glory years, it’s unlikely Ozil will be able to match the magic he injected into the squad during his earlier years.

While he ditched Arsenal near the end of his career to transfer to arch-rivals Manchester United, Robin van Persie put in an excellent run for the Gunners. He scored 132 goals in 278 matches and helped lead the side to both the FA Community Shield and the FA Cup in 2004/05.

The French striker Oliver Giroud morphed into a prolific striker during his five and half year spell at Arsenal, scoring 105 times over 253 appearances. Instrumental in winning two FA Cups, Giroud will also be remembered for his amazing scorpion goal against Crystal Palace in 2017.

Previously Arsenal’s club-record signing at £56 million before the arrival of Nicolas Pepe, all Pierre-Emerick Aubameyang has done is score lots of goals for the Gunners.

Winner of the 2018-19 Golden Boot, the Gabonese striker is set to repeat the Premier League’s highest scorer’s tally this year.

The only piece missing from Aubameyang’s resume is trophies — he’ll need to show for something if he’s to be compared to the likes of Gunner legend Thierry Henry.

The left-footed Spaniard established himself as one of Arsenal’s most consistent performers in the back, along with scoring various crucial goals.

He’d help the Gunners seal two more FA Cup trophies before signing abruptly for Bordeaux at the beginning of the end of the 2019/20 season.

Perhaps one of the most underrated players in the Premier League, the French defender Bacary Sagna played 213 games for the red and white.

While Petr Cech played at Arsenal during the latter stages of his career, he still kept plenty of clean sheets at Arsenal. He recorded 202 career clean sheets, 40 of those with the Gunners.

He also helped the Gunners win their 5th FA Cup during the 2016-17 season. He retired in 2019 before joining second-tier ice hockey team Phoenix in the UK.