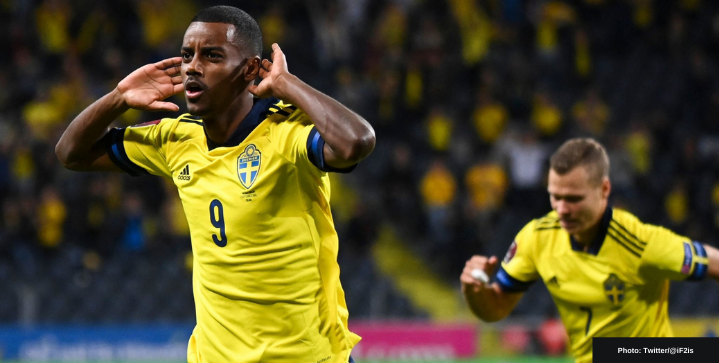 Arsenal have turned their attention to Alexander Isak after talks with priority signing, Dusan Vlahovic collapsed. The Fiorentina star turned down Arsenal’s latest €70m bid, preferring to stay in Italy until the end of the season.

The Gunners have been linked with Isak since the 22-year-old’s heroics in last summer’s Euros. The 6-foot-3 striker has netted 21 times and provided 3 assists in 52 La Liga games since last season. All in all, the Swede has 41 goals and 9 assists in one and a half seasons for Real Sociedad.

Real Sociedad have inserted a release clause of €90M on the forward although the Gunners look to negotiate the fee.

“They love him, they literally love him. He’s at the same level of Vlahovic in terms of appreciation for Arsenal,” said football insider Fabrizio Romano.

From Aubameyang to Isak?

Arsenal have been in the market for a striker ever since Pierre-Emerick Aubameyang fell out of favor with Mikel Arteta. The Spanish boss stripped Auba of the captaincy after the player’s ‘disciplinary breach’ last December. The Gunners are actively trying to offload the 32-year-old Gabon international this January.

So far, the player has rejected an offer from Saudi side Al Hilal, who are willing to pay all of his £350,000-per-week wages on a loan deal with an option to buy this summer.

One also wonders if Arsenal even have enough time to hammer out a deal for Isak, who would instantly add some flair and bolster Arsenal’s attacking options. As a backup plan, Arsenal are looking at a short-term loan deal for Real Madrid striker Luka Jovic. Everton’s Dominic Calvert-Lewin is on the short-list as well.