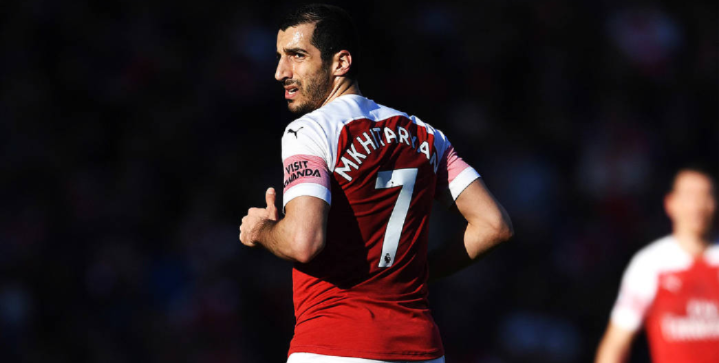 Despite safety assurances from UEFA, Arsenal’s Henrikh Mkhitaryan has decided to skip the Europea League featuring Arsenal and Chelsea.

The attacking midfielder made a final decision to forego the big event over political tension between Mkhitaryan’s homeland Armenia and Azerbaijan, where the game takes place.

Having considered all the current options, we had to take the tough decision for me not to travel with the squad to the Europa League Final. It‘s the kind of game that doesn’t come along very often for us players and I must admit, it hurts me a lot to miss it. I will be cheering my teammates on! Let‘s bring it home @arsenal 🏆💪🏼💪🏼💪🏼 #uel #final #arsenal #chelsea #afc #coyg

“We are very disappointed to announce that Henrikh Mkhitaryan will not be travelling with the squad for our Uefa Europa League final against Chelsea.

“We have thoroughly explored all the options for Micki to be part of the squad but after discussing this with Micki and his family we have collectively agreed he will not be in our travelling party.

“We have written to UEFA expressing our deep concerns about this situation. Micki has been a key player in our run to the final so this is a big loss for us from a team perspective.

“We’re also very sad that a player will miss out on a major European final in circumstances such as this, as it is something that comes along very rarely in a footballer’s career.

“Micki will continue to be part of our preparations until we depart for Baku at the weekend.”

Despite Mkhitaryan’s absence, Unai Emery will be looking to repeat his Europa League success in Baku. A victory would be Emery’s fourth and Arsenal’s first Europa League title.

The Gunners would also earn a ticket back into the Champions League for the first time in three years. Chelsea has already secured its place in Europe’s most prestigious tournament with a top-four finish in the Premier League.