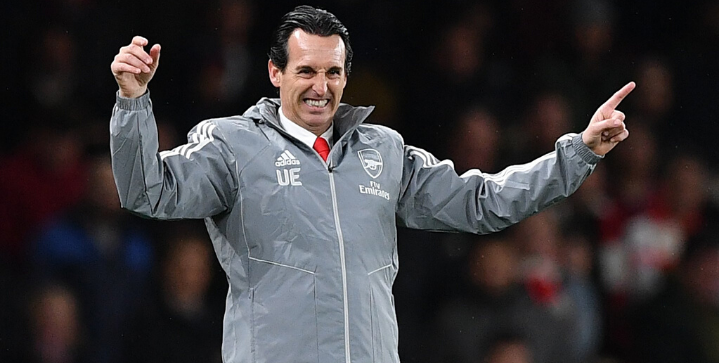 Arsenal lost 1-2 to Eintracht Frankfurt at the Emirates in that was already billed as Unai Emery’s last match. Now, it’s just a matter of time before the Spaniard gets sacked.

With seven games without a victory, Arsenal are enduring their worst winless streak since February 1992 — they haven’t won since October 24. The Gunners never experienced such a poor run across 1,235 games under Arsene Wenger.

Sour mood at the Emirates #Arsenal

For Unai Emery, the end of the road is near

According to Metro, the boss officially lost the dressing room after the Gunners tied relegation-bound Southhampton. Emery denied the rumors that his squad has lost faith in him.

“Yes of course. They show that,” said Emery.

“As a coach each moment in my career is difficult. This is a very good but very hard job.”

“When you are winning you feel the support for everybody. I believe in us, I believe in the players. I know I am going to work very hard to come back to the performance.”

The cracks are even wider now 🤕 #Arsenal #UnaiEmery

But the under-fire manager wasn’t the only one to face defeat in the Europa League today. Manchester United’s Ole Gunnar Solskjaer is also on the hot seat after losing 2-1 to Astana.

Odds are high that both managers get the sack before Christmas.