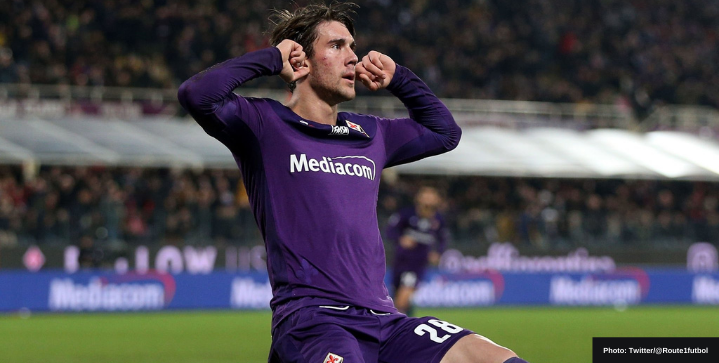 Arsenal have hit a roadblock in their pursuit to sign Fiorentina striker Dusan Vlahovic.

According to Di Marzio, the 21-year-old’s agent is unwilling to take calls from the North London side.

The latest news disputes the rumors that Arsenal agreed to a deal in principle to sign Vlahovic for €80m. The Serbian’s contract runs out in 2023.

Tottenham are also linked with the forward. Antonio Conte has informed Managing Director Fabio Paratici that signing the player is a priority this January.

It’s clear the North London rivals are simply not giving up their bid to sign one of the best emerging strikers in world football. Vlahovic has the third most goals in Europe’s top five leagues among center forwards this season. With technique and grace, the kid can be a true game-changer for any side.

Do you think Vlahovic will end up long North London’s fiercest rivals next season? Let us know on Facebook.