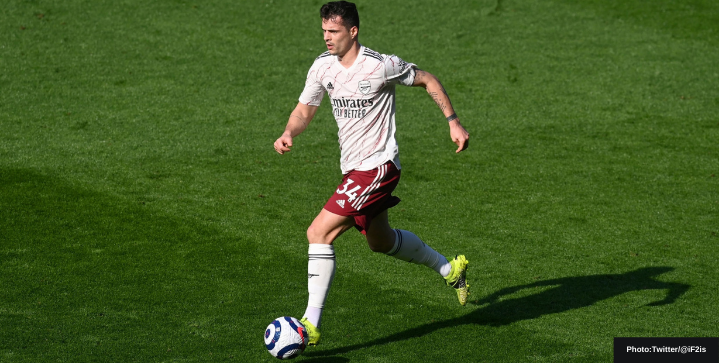 Granit Xhaka is set to depart Arsenal this summer for AS Roma.

Xhaka, who joined the Gunners from Borussia Monchengladbach for £35 million in 2016, looks to complete a move to Roma before Switzerland’s opening game of the Euros on June 12.

A fee in the region of €17m plus bonuses has been discussed between the two clubs. Xhaka’s contract at the Emirates expires in 2023.

The 28-year-old Xhaka would be Jose Mourinho’s first signing as Roma’s new boss.

“Xhaka is the main man in the entire Arsenal midfield, you can’t see it unless I lend you one of my eyes. Without him, Arsenal is lost. He is a leader. Remember, mistakes are made by humans,” said Mourinho about the player in 2019.

Xhaka threw a temper tantrum in reaction to a whirl of boos at the Emirates after being subbed off against Crystal Palance during a Premier League match in October 2019.

Xhaka later apologized for the incident and was on the verge of leaving the club before newly-appointed boss Mikel Arteta convinced him to stay for another season. Xhaka has since been one of Arsenal’s better players this term, a solid leader that even filled in at left-back.

Xhaka’s teammate Hector Bellerin, who called for team unity during the Xhaka incident, could also see his way out of the Emirates this summer. Arsenal want to bring in additional funds from the sales of Torreira, Willian, and Guendouzi before they can afford to bring in any new transfers.