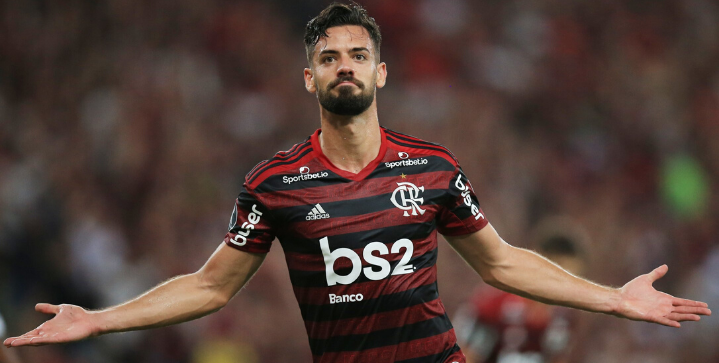 Arsenal have confirmed the signing of center back Pablo Mari on loan for a fee of around £4 million from Flamengo. The deal includes a further £8 million option to make the transfer permanent this summer with add-ons.

Mari is the first left-footed center back to sign for the Gunners since Thomas Vermaelen in June 2009. He also becomes Mikel Arteta’s first signing since taking over the club as boss in December.

“When I spoke to my agent, it was a big thing that Arsenal were interested in me. This is one of the best clubs in the world, so I’m absolutely delighted to be joining. I’m really looking forward to playing in this jersey and helping my team,” Mari told the Arsenal website.

What the Gunners can expect from Mari

Defensive problems have plagued the Gunners this season. Calum Chambers has already been ruled out for the remainder of the season with a ruptured knee ligament. Kieran Tierney and Sead Kolasinac are also out with injuries.

The most recent injury to Shkodran Mustafi only adds to the team’s back-line woes.

Signing the 26-year old Spaniard Mari should quell fears of backline vulnerabilities in the interim.

“Pablo is an experienced player who will provide us with additional defensive quality. We are very pleased to have reached agreement with Flamengo for him to join us initially until the end of our season,” said Arsenal technical director Edu on Wednesday.

The 26-year-old Spanish defender helped Flamengo win the Brazilian Serie A title and the Copa Libertadores last year. The former Manchester City prospect has made 22 appearances so far in the 2019/20 season with 2 goals, an assist, and stats that indicate a comprehensive defender with poor tackling skills.

It remains to be seen how Arteta will use the defender but the two worked together at the Etihad before Mari went on loan spells to Girona FC, NAC Breda, and Deportivo de La Coruña.

Arsenal are still expected to make one more signing before deadline day.