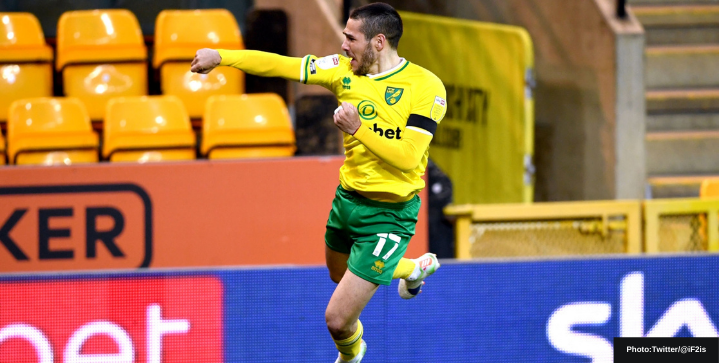 Arsenal stand in a bidding war with Aston Villa for the signature of Norwich star Emi Buendia.

Norwich has already rejected Arsenal’s first formal bid of £30m with no bonus or incentive, according to The Sun. The Canaries, recently promoted to the Premier League, are demanding at least £40m for the Championship player of the year.

Talks are nonetheless ongoing between all clubs for the Argentine winger with final bids to take place after Buendia returns from international duty.

Interest in Buendia heating up

The 24-year-old winger has been a revelation in the Championship. He notched 15 goals and provided 16 assists in 39 league appearances.

His performances earned him his first call-up to the Argentina national team last May.

Both Arsenal and Aston Villa will simply have to offer Norwich more than £30m and other incentives to snag Buendia. According to transfer news gossip, Arsenal can also offer Eddie Nketiah to Norwich on loan.

Meanwhile, Villa will be desperate to replace £100m player Jack Grealish. The extra funds would certainly give Villa a leg-up in outbidding cash-strapped Arsenal.

Buendia’s former club Getafe are set to receive 20 per cent of the final fee.