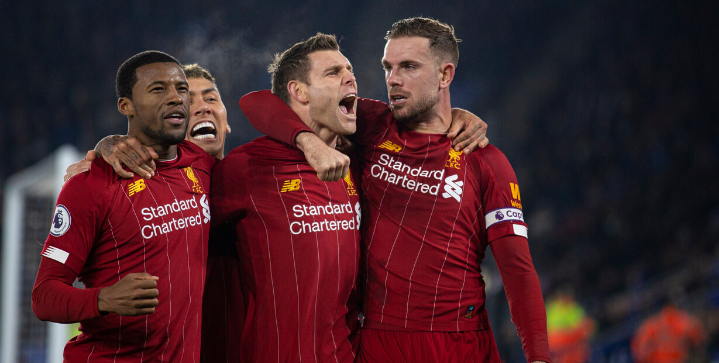 “It’s for me a statement tonight. If they come here and win it, and win it well, it will be a matter of when, not if, they are going to win it [the Premier League],” Henry told Amazon Prime ahead of the match at King Power Stadium.

“I think that team can stay unbeaten, and it will be who’s going to beat them first, because I think they will win the league.

It’s not a big statement because they’re above everybody this year.”

With the fixtures that they have at the minute, being able to come here and create that gap, that can be almost over.”

The Reds handed Leicester City, the team closest to Liverpool in the title race, a four nil defeat last night.

With Premier League reigning champions Manchester City’s loss to Wolverhampton tonight, it appears that Liverpool — now 14 points ahead of Man City, 13 points above second-place Leicester City — have secured the title minus a massive slip-up.

Only Manchester United have taken points off Liverpool this season.

While the Reds still have difficult matchups against Chelsea, Spurs, and Manchester City in the new year, the title should be heading back to Anfield.