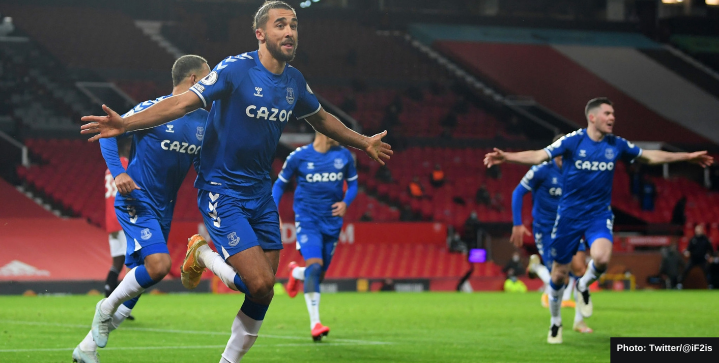 Arsenal on keen on signing Dominic Calvert-Lewin this summer, according to The Telegraph.

The England international is set to replace French striker Alexandre Lacazette, whose future at the Emirates continues to be in doubt. The Gunners are willing to part ways with Lacazette if the club can get a fair offer. His contract expires next year.

His superb hold-up play and aerial presence could be a boon for the Gunners which finished a disappointing 8th place in the Premier League last season.

Calvert-Lewin’s performances last season also left a positive impression on former Everton boss Carlo Ancelotti. According to The Sun, the 24-year-old is on the top of Ancelotti’s wishlist as the Italian prepares to rebuild Real Madrid. Manchester United also keeping tabs on the star striker.

Any interested club in Calvert-Lewin should be prepared to pay a £60million-£80million transfer fee for his services. Unlike many of the topflight teams, the Toffees remain in good financial shape and aren’t in dire need of the money. Plus, the player appears happy at Merseyside.

“I am happy at Everton. I worked hard to become number nine at this club and score goals like I did recently. I have the ambition to one day play in the Champions League and win titles, but for now, I’m happy at Everton,” Calvert-Lewin told L’Equipe last April.

Calvert-Lewin and England are set to take on the Czech Republic tonight at Wembley Stadium to see who takes the top spot in Group D.