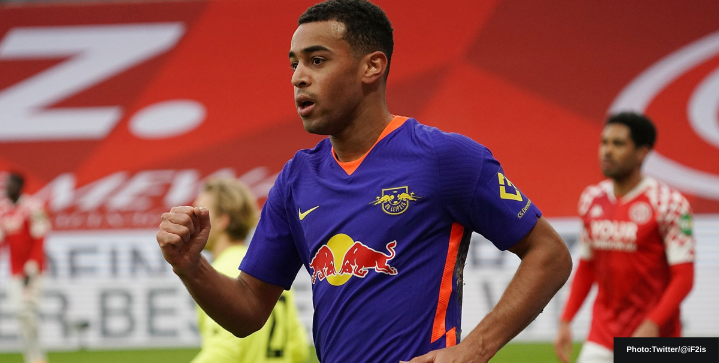 Arsenal are keen to sign RB Leipzig and US international Tyler Adams, according to The Athletic.

The Gunners view the 22-year-old right back as a replacement for Hector Bellerin, who’s expected to part ways for PSG this summer.

Adams is a versatile player than can operate as a central midfielder as well. Overall, he complements Arteta’s inverted system, a style of play that allows a right back to play wide but also step inside à la Philipp Lahm.

Adams also covers a lot of ground and shows excellent composure on the ball, perhaps offering more than Maitland-Niles, Calum Chambers, or Cedric in a similar role.

But Arsenal will need to step up to the negotiating table if they’re to snatch Adams.

The American recently signed a contract until 2025 at RB Leipzig with no exit clause. The Bundesliga side will compete in the Champions League, which Arsenal can’t offer.

Do you think Tyler Adams could be a good signing for Arsenal? Let us know on Facebook.