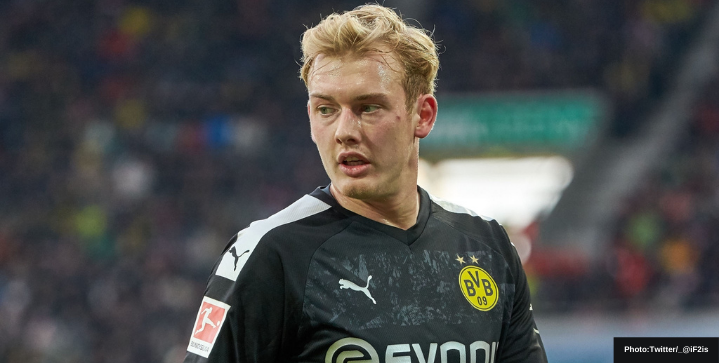 Arsenal are hoping to snatch Julian Brandt from Borussia Dortmund this summer, with the German international reportedly keen on a move to the Emirates.

Arsenal have reportedly been tracking the 24-year-old for some time now. And after failing to land him in the January transfer window — the Gunners signed Martin Odegaard on loan instead — it’s claimed that the Gunners will make a move for Brandt in the summer if they can’t nail down a permanent deal for Odegaard.

A fresh start for Brandt at Arsenal?

Brandt has spent the past two seasons with Dortmund, recording 10 goals and 15 assists across 82 games. But he’s failed to make a significant dent since the Black and Yellows signed him from Bayer Leverkusen in 2019.

If Dortmund boss Marco Rose doesn’t feel he has a place in his squad, then the German club would be willing to sell. But they won’t let Brandt go on the cheap, with Bild reporting that the club will demand around €20 million for his services.

Arsenal would be able to offer Brandt a regular starting place as an attacking midfielder, which is something he doesn’t have at Dortmund. Nabil Fekir of Real Betis is also on Arsenal’s target list should they fail to land Brandt.