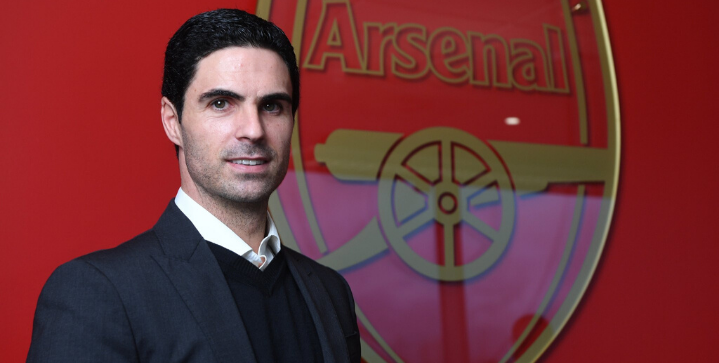 Arsenal confirm the appointment of former captain Mikel Arteta as their new manager on a three-and-a-half-year deal. At 37 years old, he becomes the fifth-youngest manager in Arsenal’s history.

“My first task will be to get to know the players better and get them playing the kind of fast flowing, attacking football that Arsenal supporters want to see,” Mikel Arteta said in the team’s official announcement on their website.

“We need to be competing for the top trophies in the game. It won’t happen overnight but the current squad has plenty of talent and there is a great pipeline of young players coming through the academy.”

He’ll be leaving his post as Manchester City’s assistant coach after three and half seasons under manager Pep Guardiola. The two coaches combined for two Premier League titles and an FA Cup but fell short on lifting a Champions League trophy.

“When you have a dream you cannot stop it,” said Guardiola on Arteta’s departure. “Arsenal was an important part of Mikel’s career. One of the best teams in England. We wish him all the best. I am pretty sure he will do an excellent job.”

Raheem Sterling and Leroy Sané credit Arteta for improving their game at Manchester City. Arsenal fans will hope that Arteta can work the same magic on the newest Gunners Nicolas Pépé & Gabriel Martinelli.

The North London faithful will also be interested to see if Arteta hangs on to former teammate Mesut Ozil, who’s been linked to Fenerbahce on a January loan.

Interim boss Freddie Ljungberg will still coach Saturday’s match against Everton — another of Arteta’s former clubs — with Arteta set to take over in North London on Sunday.

Arteta takes on a risky job, as Arsenal are currently 10th place in the Premier League table with little signs of progress.

But if there was too much on the line for the Arsenal board to hire him 18 months ago when he first applied — Arsenal selected the “safe” option in since canned boss Unai Emery — this time around Arteta’s appointment may be a gamble worth making.

Can Arteta resurrect the Gunners? Let us know on Twitter.