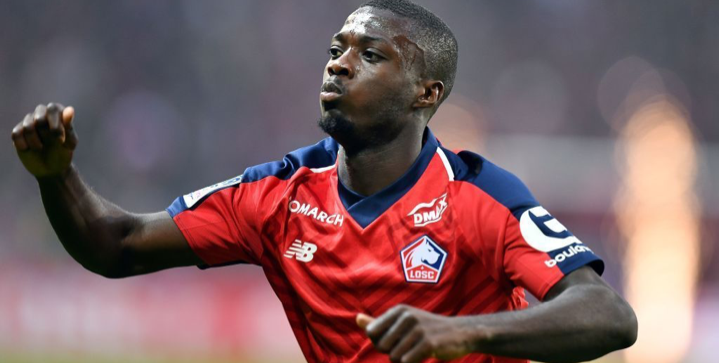 After rumors over a limited summer transfer budget due to an absence from Champions League, Arsenal are ready to move ahead with a club-record €80 million for Lille forward Nicolas Pepe.

The deal for the Ivorian winger should be officially confirmed in the next day or so, according to Lille president Gerard Lopez.

Pepe was said to be in London on Tuesday awaiting his medical. But Arsenal boss Unai Emery was careful to admit to any closure in a post-match press conference after the Gunners pre-season victory against Angers.

“He played here in Angers a few years ago, and then in Lille,” said Emery.

“He has progressed as a player.

“We are speaking about a lot of players, we want to select one player who can really help us, give us big performances and improve our squad.

“We have different options.

“This one at the moment is not closed, but he is one we are following.

“No deal is official now,” the coach added, “and I will only speak in the next hours or days if it can be official for us.”

Pepe would be Arsenal’s fourth signing of the summer.