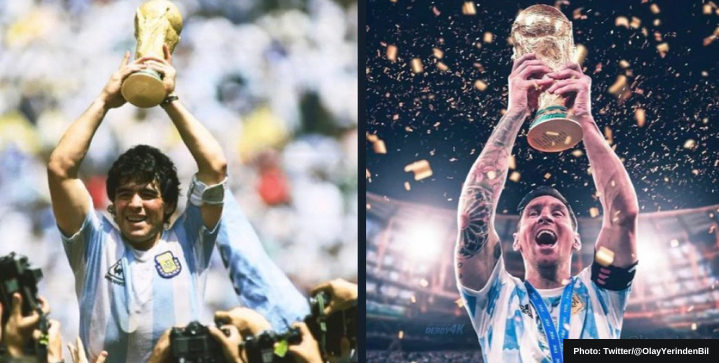 Argentina is one of the most successful nations in the sport’s history, with two World Cup wins and three finals appearances. They have also produced some of the greatest players to grace the game. Here, we take a look at their all-time greatest XI.

There can be little doubt that Diego Maradona is one of the greatest footballers of all time. Maradona had it all – pace, power, skill, vision, and an unerring ability to find the back of the net. In his prime, Maradona was simply unstoppable and led Napoli to their only two Serie A titles. He also starred for FC Barcelona, scoring 38 goals in just 58 games and garnering three Spanish titles.

But Maradona was more than just a great footballer. He was a national icon in Argentina and his exploits at the 1986 World Cup made him a global superstar.

Maradona’s career was not without its controversy, but that only adds to his legend. Maradona was a true maverick and a true genius of the game. He was, quite simply, one of the greatest.

In the minds of many football fans and experts, Lionel Messi is the GOAT. The Greatest Of All Time. It’s hard to argue with that assertion when you look at his resume. Six Ballon d’Or awards. Six Golden Boots. Ten La Liga titles. Four Champions League titles. One Copa America. He’s the all-time leading scorer for Barcelona and Argentina. The list goes on and on.

There are certainly other great players who have had decorated careers. Cristiano Ronaldo comes to mind. But when you compare their accomplishments, it’s hard to argue that anyone is better than Messi. He’s the best player of his generation and quite possibly the best player of all time, especially if he can lead Argentina to a World Cup triumph in Qatar.

“I think the best was Alfredo Di Stefano, he was superior to everyone – even me,” once said the legend Diego Maradona. Alfredo di Stefano is without a doubt one of the best Real Madrid players of all time, winning a consecutive five European Cups. The quick, skillful, and powerful forward scored a remarkable 216 goals in 282 games with Los Blancos.

In only six games with the Albiceleste, he scored six goals and won the 1947 South American Championship, what is now known as Copa America.

Mario Kempes “El Matador” was a tall, powerful striker who was at his best during the 1978 World Cup, where he scored six goals to help Argentina win the title. Kempes was named the tournament’s best player and top scorer. He also had a successful career in club football, winning the Copa del Rey and UEFA Super Cup with Valencia in 1980–81.

The 1961 Ballon d’Or winner Omar Sivori used his silky skills to score some of the most stunning goals for River Plate and Juventus, the latter of which he helped lead to three Scudetto and three Supercopa. The forward also led Argentina to the Copa America trophy in 1957, where he was voted best player of the tournament.

Gabriel Batistuta is Argentina’s second-highest scorer of all time, with 56 goals in 76 appearances. He scored two hat tricks in two separate World Cups and won two Copa America titles. “Batigol”, as they called him, also snagged a Scudetto with Roma after playing nine historic seasons with Florence, who’ve erected a statue in his honor.

Ubaldo Fillol is widely considered one of the best Argentine goalkeepers of all-time. His heroic saves at the 1978 World Cup helped Argentina lift the trophy. He also won the Primer Division with River Plate seven times.

The Boca Juniors legend Riquelme became known for his unreal vision, passing ability, and creativity on the ball. The four-time Argentina footballer of the year deserves a special place in Argentina’s best XI. The original number 10, Riquelme and Messi share the same birthday!

One of Argentina’s greatest-ever defenders, Daniel Passarella, is the only player to have won the 1978 World Cup (a side he captained) and the 1986 World Cup with the Albiceleste. He could also score a dynamite goal, with a remarkable 134 goals in 451 matches, a majority of those with River Plate, where he also won six Primera Division titles.

Fernando Redondo played an integral role in Real Madrid’s slew of trophies in the 1990s, capped off with a brace of Champions League titles. The defensive midfielder won the 1993 Copa America with Argentina.

One of the best right-backs of all time, Javier Zanetti, made a trophy haul during his legendary career with Inter Milan. The defender made 858 appearances for the side, where he served as club captain for 13 seasons.

He’s also one of Argentina’s most-capped players with 143 appearances.