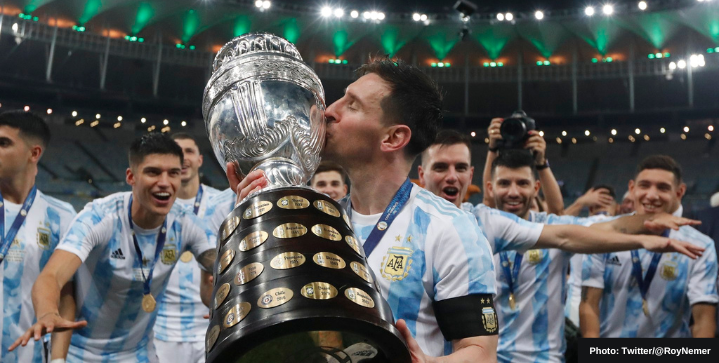 Argentina tops the list as the South American country with the most requested tickets so far for Qatar 2022 World Cup.

A total of 520,532 tickets for Argentina matches have been requested between July 6 and August 16, according to TN Deportivo.

La Albiceleste kick-off in Group C against Saudi Arabia at Doha’s Lusail Stadium (also home of the World Cup final) on November 22 before taking on Mexico on November 26. Argentina’s first two matches are the fastest selling tickets for the event so far, according to Nasser Al-Khater, CEO of the Qatar World Cup.

The Copa America champions are 8/1 favorites to win the World Cup. Qatar 2022 is also expected to be Lionel Messi’s last World Cup. The 35-year-old superstar will get one last dance to win it for his home country before hanging up his boots.

Qatar remains first in ticket sales by county of residence, followed by the Saudi Arabia, United States, Mexico, England, Argentina, and then Brazil.

There are three months until the world’s greatest sporting event starts. Which games are you interested in attending?

Dortmund is the latest Champions League club to snub Ronaldo