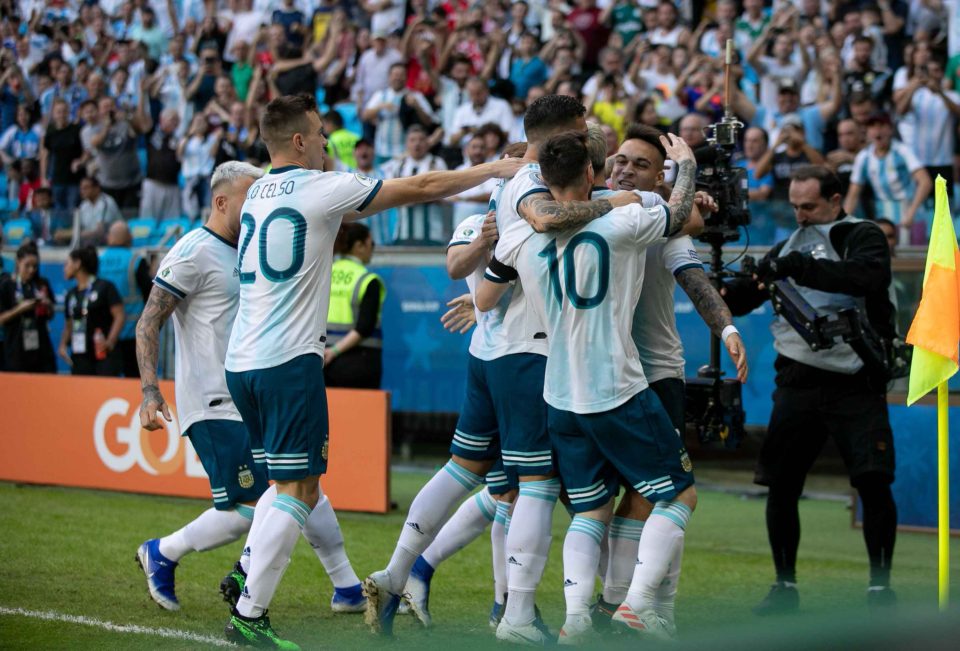 Argentina beat Qatar 2-0 to advance to the Copa America quarterfinals.

Lautaro Martinez scored in the third minute to put the Albiceleste up front early on. Sergio Aguero sealed the victory and Argentina’s advancement to the next round with a strike in the 82nd minute. He’s the third player in Argentina’s history’s to score 40 goals.

“We needed a victory to give us confidence and tranquility,” said Messi after the match. “What I liked the most was the team’s attitude, its desire to win the game.”

Messi struggled on Sunday night despite the win — his bobbled strike in the 70th typified the way Argentina has played in the tournament thus far.

Argentina lost its opening match against Colombia 2-0 — the team’s first defeat in a Copa America opener since 1979 — followed by a draw against Paraguay. But the little magician will hope to reverse the team’s lackadaisical play when they face off against Venezuela on Friday.

Argentina are back on track despite their unconvincing start to Copa America. Both Messi and team will have to take their play up a notch if they want to go even deeper into the tournament.