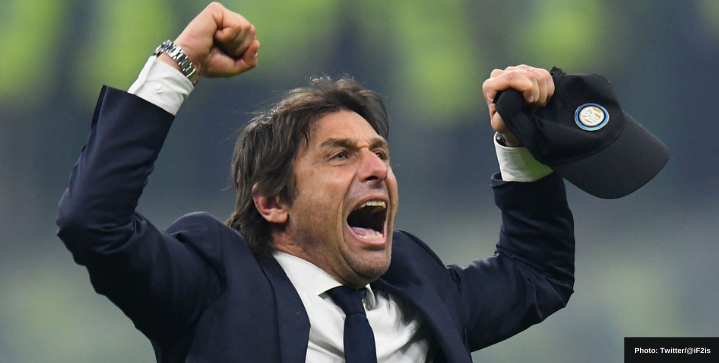 Talks between Antonio Conte and Manchester United are already in progress, according to multiple reports.

Ole Gunnar Solskjaer appears on his way out of Old Trafford after suffering an embarrassing 5-nil loss to Liverpool last night. The under-fire coach has struggled in the last month with a listless tie to Everton and loss to Leicester City.

Reports also indicate that the Norwegian lost the dressing room and the confidence of his star player, Ronaldo, who’s encouraged the Man United board to hire Zidane.

The Red Devils, now 7th in the Premier League table, will be looking to find a way to crawl back to the top quickly. While there have been no direct talks with Zidane, negotiations with Conte’s management are taking place.

As Conte has done throughout his coaching career at Inter Milan, Chelsea, and Juventus, he’ll be asking for certainties and commitment from those above. After leading Inter Milan back to the Serie A title last season, he left over a spat with the club’s board over plans to cut costs due to the impact of the coronavirus pandemic.

The 52-year-old Conte most recently rejected the job at Tottenham last summer but remains tempted by a Premier League return. Conte won the Premier League and FA Cup in just two seasons with Chelsea.

Man United fans, is Conte the right man to save the rest of the season?