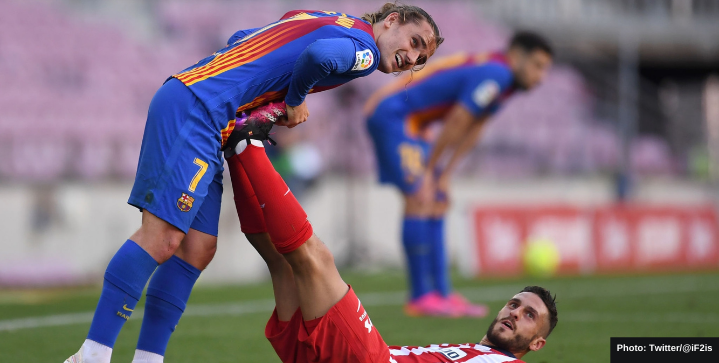 It appears that Antoine Griezmann is headed back to Atletico Madrid, topping off one of the craziest summer transfer windows of all time.

According to Fabrizio Romano, Barcelona and Atletico are hammering out the final details of the loan agreement, which includes an obligation to buy for €40 million. That’s less than half of what Barcelona paid for the forward in 2019.

The 30-year-old Frenchman has cost Barcelona €120 million and €800,000-a-week in wages, a deal which many Barca fans consider a failure.

Meanwhile, the Blaugrana are working to replace Griezmann with Luuk de Jong from Sevilla. Barca will finish the rest of the season featuring Memphis Depay, Luuk de Jong, and Martin Braithwaite, a far cry from an attack that previously included Messi and Griezmann. But it comes with a silver lining.

“If they let Griezmann go to Atlético and replace him with a ‘low cost’ signing like Luuk de Jong, the only thing that comes to my mind is that Barça will go all out for Haaland next summer. I can’t find another explanation,” said journalist Albert Rogé.

Barcelona are working on signing other players in addition to de Jong before the deadline day expires.