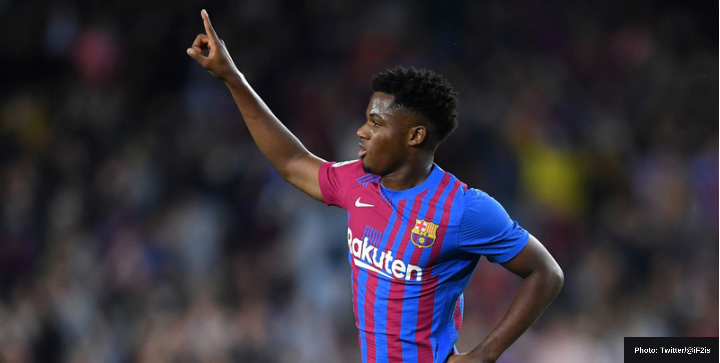 Ansu Fati has extended his contract at Barcelona until June 2027.

The Bissau-born teenager burst on the scene during the 2019-20 season, making his La Liga debut at the age of 16. Before tearing his meniscus last November, he’d already become Barca’s youngest La Liga goalscorer and the club’s youngest player to appear and net in Champions League.

Still just 18-years-old, the attacker returned to fitness this September where he notched a goal against Levante in his first appearance in 10 months. He’s fired away two goals in a total of five games since.

Fati had offers from Premier League over the summer but remain committed to the Blaugrana.

“Yes, I’ve had offers from abroad, but my dream was to be here. From the first day I told Jorge Mendes that my first option was always to stay at Barça. He understood it perfectly and I am very happy that the club has trusted me.”

Barcelona pledged their future to the Fati by giving him the iconic number 10 shirt, previously worn by club legend Lionel Messi.