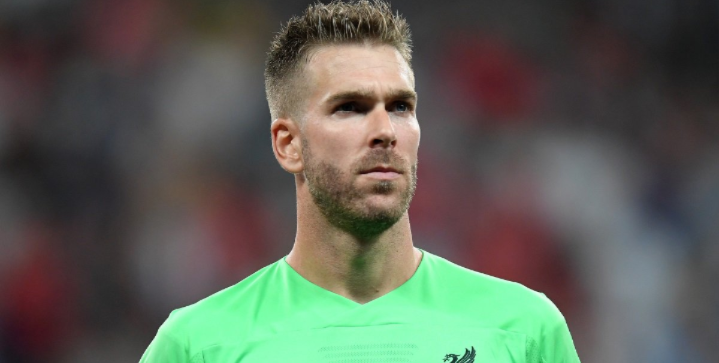 Liverpool goalkeeper Adrian is a doubt for the Reds match tomorrow against Southampton.

The goalie made the decisive save in penalty kicks in the Super Cup final. The win gave Liverpool its fourth Super Cup victory and forty-sixth trophy overall — one above Manchester United.

However, a pitch invader slipped and caught Adrian on the ankle during the team’s immediate celebration after the final save.

“It was a strange, weird situation because we were celebrating and one guy jumped from the crowd and started running. I think he slipped with the security and tackled me from the side,” said Adrian.

“I feel mentally ready and I also hope today with the treatment of the ankle it’s going to be much better. But I’m very optimistic to start playing tomorrow again.”

Liverpool hero Adrian 🧤 is a doubt for the club’s match tomorrow against Southampton after being injured on the ankle by a fan at the #SuperCup. (Video via 360sources)⁣ ⁣⁣ ⁣#liverpool ⁣ ⁣#lfc ⁣ ⁣#premierleague

Meanwhile, head coach Jurgen Klopp is furious about the situation.

“I don’t understand why in the world of social media when we are all together, a supporter jumped over something and kicked Adrian’s ankle,” said Klopp. “It is swollen but we have to see.”

Adrian’s absence means Liverpool will have to depend on the team’s third-string goalkeeper Andy Lonergan. The 35-year-old would get his first Premier League start since his professional debut for Preston North End 19 years ago. It would also make him the oldest Englishman this century to make a Premier League debut.

Said Klopp: “Andy Lonergan is in training with Caoimhin Kelleher and we have them if we have to make a decision.”

“Adrian was a week before, Lonergan has trained with us. Kelleher has potential but is not 100 percent yet. We will see.”

The bizarre incident over Adrian is an unfortunate reminder that match attendees should keep their passion from within the stands.