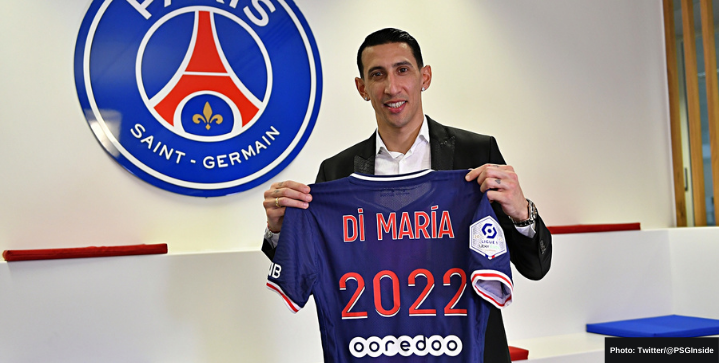 Angel Di Maria has signed a contract extension at PSG until 2022 with an option to extend.

“I am very happy to remain at the club.” Said the 33-year-old Argentina midfielder.

Di Maria has made 27 appearances this season across all competitions, scoring five goals and contributing 12 assists. He’s made 248 appearances for the club to-date, notching 87 goals and making 99 assists.

The Parisians hope to snag their first UCL title this year, led by the wand of a left-foot.

What if Messi and Di Maria played together next year?

It’s no secret that Di Maria wants his friend and compatriot, Lionel Messi, to line up with him next season.

The two were spotted having an interesting post-match chat following PSG’s Champions League win against Barcelona.

The seen must have sent an earthquake to Barcelona fans, who hope newly elected president Joan Laporta can retain the legend’s services.

Can you imagine Messi, Neymar, Mbappe, and Di Maria on the pitch next season? Unreal.

“Yes, it could be”—Zidane adds to speculation on Ronaldo’s sensational return to Real Madrid