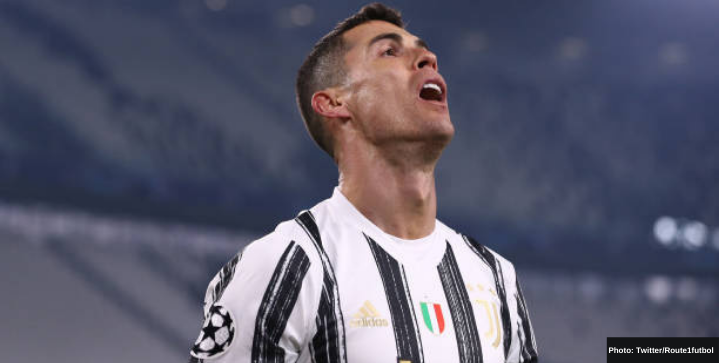 Juventus manager Andrea Pirlo has opened up about the 115th-minute goal that saw his team exit the Champions League against 10-man Porto on Tuesday.

“We choose the players to go in the wall. It had never happened before that they’d turn around, maybe they felt it was so far out that they didn’t sense the danger,” said Pirlo about Oliveira’s freekick that beat Szczęsny.

“It was a mistake, it usually doesn’t happen, the players didn’t feel it was a dangerous situation and conceded a goal.”

Did Ronaldo betray Juventus in this freekick by Sergio Oliveira by turning around?

How could’ Air Ronaldo’ earning £350k/week not make the simple effort to jump in a wall? He appears to turn around before he could even see the shot and then flairs his leg up.

Of course, Ronaldo isn’t the only culprit. Morata and Rabio jumped — even more a reason to have one man laying on the ground behind the wall no matter how ridiculous it looks. And Szczęsny makes a poor effort as well — he should be saving that.

Former Juventus forward Nicola Amoruso criticized Ronaldo on Sky Sports Italy after Juventus crashed out of the Champions League, saying, “I would never put him in the wall on freekicks. “He is afraid of taking a ball in the face because he cares about his image.”

Fabio Capello offered a slamming verdict of Ronaldo’s performance to Sky Sports Italy as well. “This is the worst: Cristiano Ronaldo jumping and turning in the wall. Whoever is in the wall can’t be afraid of being hit. It’s an unforgivable mistake that has no excuses,” added.

Juventus falls out of Champions League Round of 16, again

Juventus tried to claw their way back into the match — Rabiot equalized in the 117th minute — but it was too little too late. Porto had the away goal advantage.

Juventus have crashed out of the Champions League for the third year running. It’s the 2nd consecutive season at the Round of 16 exit. The Old Lady looks further away from winning the tournament than when Ronaldo arrived.

Interestingly, yesterday’s loss to Porto also marks the same team that knocked Ronaldo’s Red Devils out of the Champions League 21-years ago. The defeat is also the first time Ronaldo has failed to reach the UCL quarter-finals in back-to-back seasons since 2006.

Ronaldo has aged like fine wine, carrying the torch for the Bianconeri in Turin. Yet, there’s no doubt that last night’s dismal performance will have Juventus squirming at the idea of extending Ronaldo’s contract beyond 2022.

Has Ronaldo been a good signing for Juventus?  Let us know on Facebook.