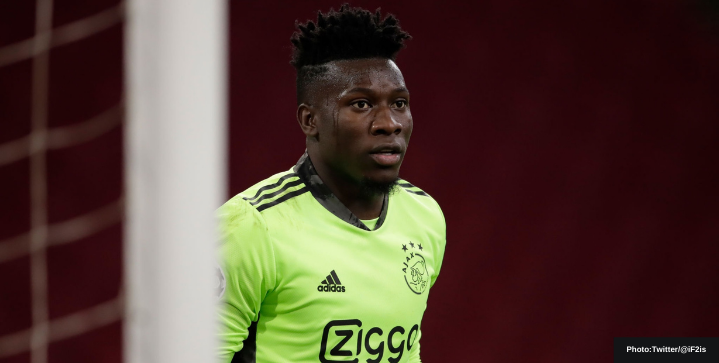 Andre Onana is on the verge of joining Arsenal, according to Dutch outlet NOS.

Ajax has grown frustrated in negotiating a new deal with the goalkeeper whose deal runs out next summer.

The Gunners could snap up Onana for a cut-price fee of just £7m. The Cameroonian was valued at £45M before his ban.

Awaiting the verdict of the player’s doping ban appeal

The 25-year-old was banned for a year in September after he tested positive for the banned substance furosemide – which can be used as a masking agent for performance-enhancing drugs.

However, the goalkeeper has maintained his innocence and has been backed by his club as well as the Cameroon FA. Now, the Court of Arbitration of Sport is open to reducing his punishment for the doping ban by four months.

If the appeal succeeds, Arsenal could be ready to pounce and will move should goalkeeper Bernd Leno decide to exit the Emirates this summer.

Onana’s signature could be a steal for the Gunners who prefer to play from the back. Onana, La Masia academy in Barcelona, is well regarded for his quick feet.

Arsenal fans, what are thoughts on making Andre Onana the #1? Let us know on Facebook.