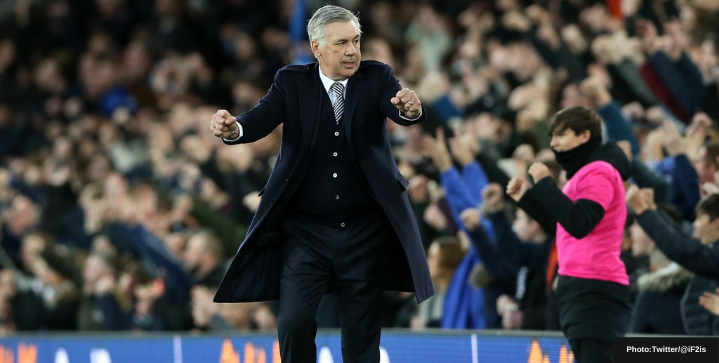 Los Blancos were actively looking to fill the managerial void left by Zinedine Zidane, who left the club with one year remaining on his contract last Thursday.

Antonio Conte’s surprise departure from Inter Milan last week left many convinced that the Italian’s next move was to the Santiago Bernabéu. Massimiliano Allegri and PSG’s Mauricio Pochettino were also at the top of Madrid’s list.

But the Real Madrid board met late last week to discuss the possibility of rehiring Ancelotti.

The 61-year-old Ancelotti remains a fan favorite at the Bernabéu.

After all, it was the Italian who led Los Blancos to La Decima during the 2013/14 season, securing Copa Del Rey, Champions League, Super Cup, and a FIFA Club World Cup. Madrid finished La Liga in third place during that term, and second place during Ancelotti’s second season.

Ancelotti is expected to sign a three-year deal with Real Madrid until 2024. According to Marca, Ancelotti’s €6 million euro deal is less than half of what he earned at Everton.

His second stint at Real Madrid is also proof that former managers can still return to the biggest clubs despite taking up jobs at smaller clubs for more money.

“While I have enjoyed being at Everton I have been presented with an unexpected opportunity which I believe is the right move for me and my family at this time. I’m joining Real Madrid,” said Ancelotti in in his official farewell statement.

Meanwhile, some think ex-Wolves boss Nuno Espirito Santo could already be on his way to Goodison Park as Ancelotti’s replacement for next season.

Do you think Ancelotti can succeed once again at Real Madrid? Let us know on Facebook.