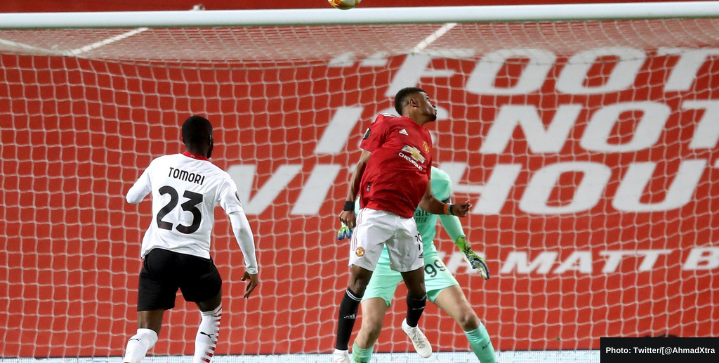 Amad Diallo opened up his scoring account at Manchester United with a clever backward header against AC Milan.

The 18-year-old Ivorian starlet became the youngest non-British player to ever score in a major European competition for the Red Devils. He joins Marcus Rashford (23), Mason Greenwood (19) — United’s emerging attackers — and George Best as the club’s youngest European scorers.

Diallo entered the game as a substitute for Anthony Martial in the second half. And he scored off his first-ever shot for the club, slotting away a nifty turn and flick header from a Bruno Fernandez lob in the 50th minute.

Former Atalanta wondered Diallo was once a step away from signing for Parma on loan in October last year before Manchester United intervened and signed him on a permanent deal worth €30m + add ons.

The youngster is known for his pace, dribbling ability, and positional awareness — as evinced in tonight’s Europa League goal. Diallo initiates the run, and Fernandez finds him with a world-class ball.

Scoring a fantastic goal less than six minutes after coming off the bench — not a bad way to a career at Old Trafford. Expect more big things from this kid.

Angel Di Maria signs contract extension at PSG—can he get Messi to join him?