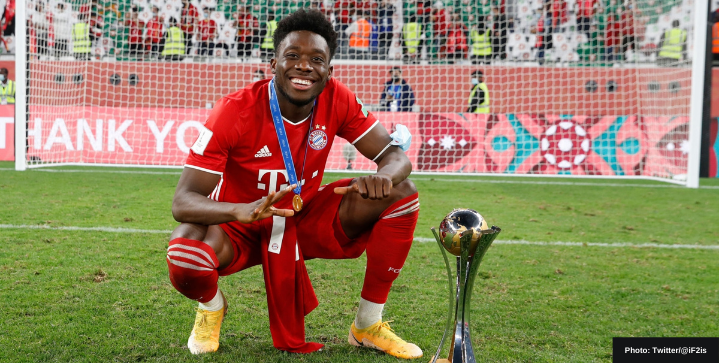 Alphonso Davies has become the first footballer and first Canadian to be named global goodwill ambassador for the United Nations Refugee Agency.

The 20-year-old Bayern Munich star was born in a refugee camp in Ghana before moving to Canada at the age of five.

Fourth youngest of six siblings, Davies’s parents were part of the 450,000 to flee Liberia in 1999 to escape the civil war.

“My own experiences make me want to speak up for refugees, to share their stories and to help make a difference,” said the defender.

Football champion on and off the pitch

The football world is of course, well attuned to the rapid rise of Davies. He’s one of the best young players in the world, nicknamed the “Roadrunner” by teammates for his blistering pace.

Already considered one the world’s best left-backs, Davies now continues his legacy off the pitch. He want to use his story to inspire others.

The United Nations Refugee Agency has protected people from all over the world forced to flee conflict and execution for over 70 years.