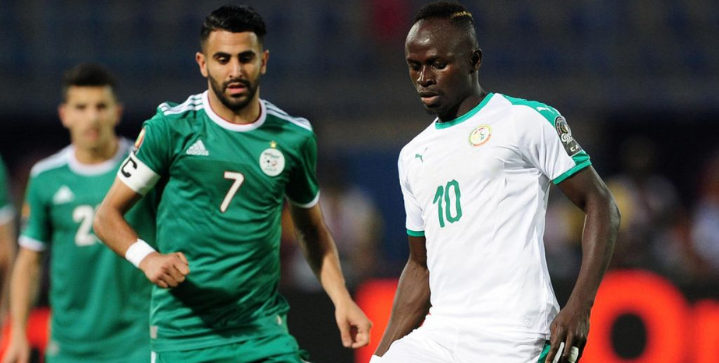 Algeria will face Senegal in the 2019 Africa Cup of Nations this Friday in a repeat matchup of the group stage.

Meanwhile, Tunisia defender Dylan Bronn scored an extra-time own goal to send Senegal to the finals.

Algeria last won the AFCON title in 1990, with Senegal looking to capture its first-ever. The Lions of Teranga last appeared in the finals 17 years ago.

Said Liverpool winger and Senegalese star Sadio Mane, “I would be prepared to swap my Champions League to win AFCON. Senegal has never won it. The return to Dakar would be extraordinary. This is my biggest & most crazy dream.”

Senegal’s influential captain Kalidou Koulibaly will miss the final in Cairo due to suspension.

Can Mane win another trophy this year to match his Champions League silverware or will Mahrez lead the Desert Foxes to victory? Friday’s clash will be a fascinating one to watch.