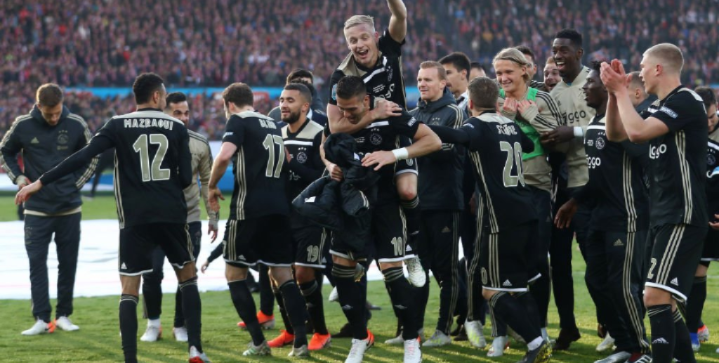 The victory ends a five-year trophy drought for Ajax, who now have a chance to win both Champions League and the Eredivisie — the last time they completed the treble was in the 1971/72 season.

But this time around feels a bit different — the current squad is young, fearless, but short-lasting. A victim of their own success, the team will lose key players to bigger clubs after season-end.

Ajax leads PSV Eindhoven on goal difference in the Dutch league with two games left. Erik ten Hag’s team also leads Tottenham in the Champions League semi-finals by 1-0 on aggregate with the next match to be played on Wednesday in Amsterdam.

Call it luck or destiny — will Ajax’s dream season continue?