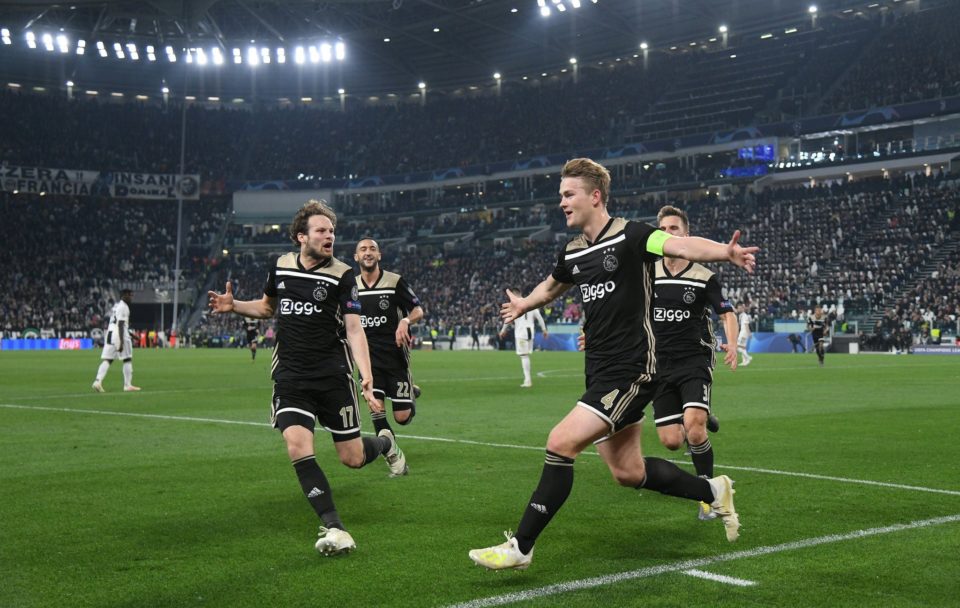 That’s all she wrote.

The starlets of Ajax continued their mesmerizing team form by knocking out Juventus yesterday in a 2-3 aggregate victory in the Champions League semifinals.

It’s the first time Ronaldo has missed out on the semifinals since the 2009/2010 season. He will miss out on winning the Champions League trophy after three consecutive seasons.

Of course, the only reason Juventus went deep into the tournament this year was because of their star man. Not only did he spearhead the comeback against Atletico Madrid in the Round of 16, he also scored Juve’s only goals against Ajax

Ronaldo’s Champions League numbers speak for themselves. Over the past nine years, the Portuguese forward has scored a whopping 104 goals in 104 games played. He’s helped his teams win 71 of those matches, four of which were UCL titles. His 160+ Champions League appearances are more than Ajax starting XI combined.

How far can Ajax go?

Meanwhile, there is something special about this Ajax squad. Not only are they the first team to knock Ronaldo out of the quarter-final stage, but they also do it with a pass-and-move style reminiscent of the Cryuff-led Ajax team of the 60s and 70s. It is incredible to watch.

Del Piero taking about @AFCAjax : “What impresses me most isn’t the work rate or technical ability, both of which are exceptional… it’s the way they fill the pitch, their understanding of space and time, their tactical nous… all at such a young age…” #wisewords

This year is the side’s best chance of regaining European glory before 21-year-old Frenkie de Jong, and 19-year-old captain Matthijs de Ligt join other clubs. The future Barca man de Jong has already done the Blaugrana a favor by knocking out both Real Madrid and Ronaldo out of the tournament.

Let’s enjoy this fantastic Ajax run while we still can.