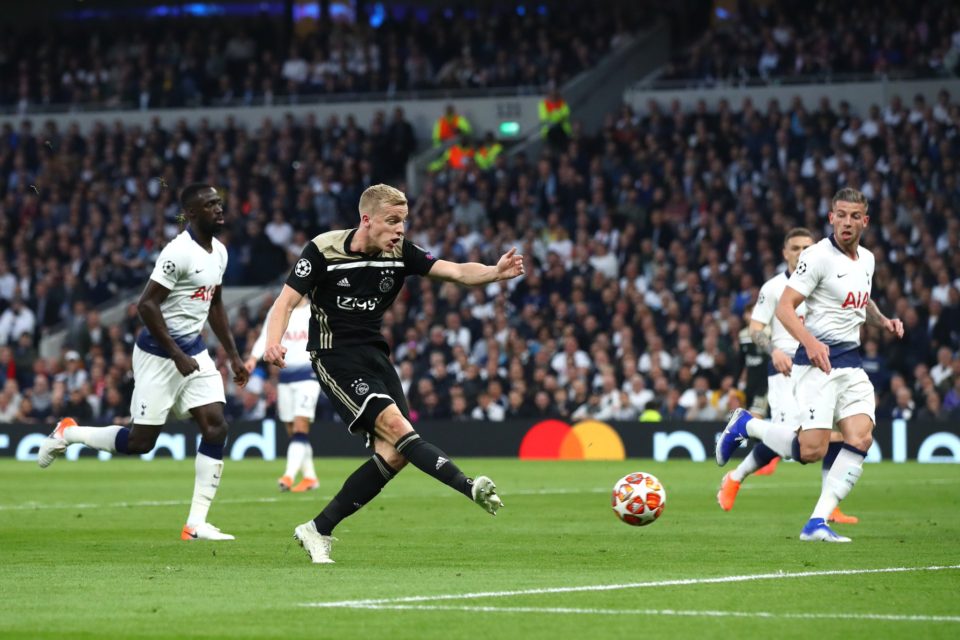 This Ajax team are the ultimate road warriors.

The Dutch side defeated Tottenham one nil in last night’s first leg of the Champions League semi-final. The victory gave Ajax three key away wins in the knockout stage in this year’s Champions League: at the Bernabeu, in Turin, and yesterday in North London at Tottenham Hotspurs Football stadium.

22-year-old midfielder Donny van de Beek scored the game’s decisive goal in the 15th minute as part of a dominant first half from Ajax. Tottenham played a more competitive second half, however, after Pochetino made tactical changes to adjust to Ajax’s high press.

Ajax left their mark in London

While we can expect the young and fearless Ajax squad to continue playing smooth football back at home, Tottenham is still in this tie — keep in mind that Brazilian forward David Neres nearly put the game away when he hit the post in the second half.

Said Spurs’ Christian Eriksen after the match: “I think we made them look a lot better than they are. Of course, it’s a good side. But I think we helped them on the way to give them the feeling that they could control the things, which was our fault.”

"Under par."
"We were ballwatchers."
"We made them look a lot better than they are."

Christian Eriksen did not hold back ???? pic.twitter.com/JOoXIcAnTg

The Spurs were also without important starters Harry Kane and in-form Son Heung-min. The South Korean forward will play a vital role in leg 2 back in Amsterdam.