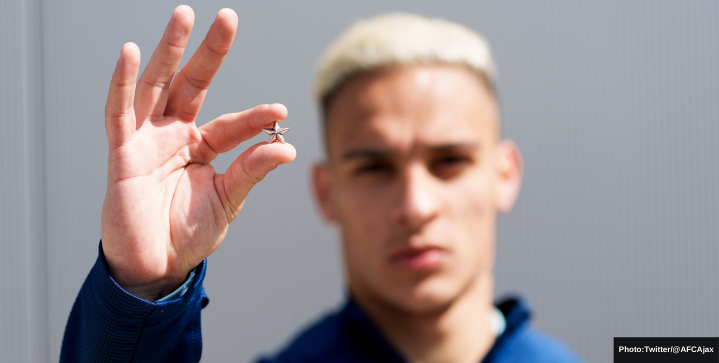 Ajax have given their own fans the grandest of all gestures by sending each of them a small piece of the club’s 35th Eredivisie trophy.

Ajax melted down their latest piece of silverware into 42,000 small silver stars to send to each of their season-ticket holders — saying a big thank you to fans for supporting the club without getting to watch live games.

Given the financial turmoil caused by COVID-19 on top of Europe’s biggest and greediest clubs vying for an exclusive Super League, Ajax have given a proper nod to those that support the club financially.

Ajax’s tribute is a reminder that football is nothing without fans.

“To all season ticket holders: #XXXV is for you in a special way. We melted our trophy and created a piece of victory!” tweeted Ajax CEO and former player Edwin van der Sar.

What a marvelous idea from a classy club.