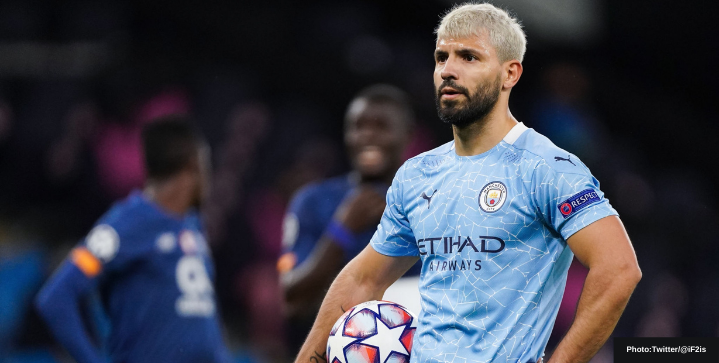 Sergio Aguero is set to sign a 2-year deal with Barcelona, according to Fabrizio Romano.

The 32-year-old-striker now teams up with his great friend and compatriot Lionel Messi, whose contract is also expiring at the end of the season.

Barcelona, who are in massive debt, are not only hoping that signing Aguero on five million a year contact is economical but also helps convince Messi to stay.

Messi signaled his intention to renew his contract at Camp Nou last April. Leo’s father Jorge and club president Joan Laporta are working to finalize an agreement that’ll keep the legend at Barca for years to come.

Will Aguero succeed at Barcelona?

Aguero is coming off an unusual season with Manchester City where’s he’s found himself mostly on the bench. But the lack of appearances have done nothing to hurt his reputation as one of City’s best-ever players.

The club’s all-time leading goalscorer, Aguero came into the Etihad at the age of 22 and earned 31 G/A in his first 34 games.

His last second goal to win City the 2011/2012 Premier league will go down as one of the most iconic finishes in the league’s history.

Aguero served as the linchpin of City’s attack, notching an incredible 257 goals and 73 assists in 384 appearances in the sky blue. He helped the club finish with a total of 13 trophies in 10 seasons, with the possibility of a Champions League trophy to boot.

How he fits into the Catalan side is something to ponder. It’s certainly an upgrade to Braithwaite.