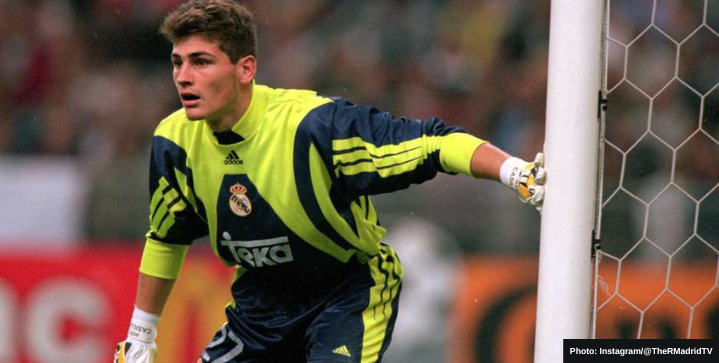 The vibrant yellow kit features a navy triangle stripe design, with the Real Madrid and Adidas logos centered on the chest. TEKA, the club’s outfit sponsor between 1992 and 2000, won’t be on the remake.

Casillas wore the number 27 kit in his debut season for Los Blancos, most prominently against Olympiakos in the Champions League on 15 September 1999. The player was only 18 when he started on Europe’s grand stage.

He subsequently became the youngest goalkeeper to play in a Champions League final and lift the trophy. The Spaniard won 19 trophies during 725 games as a Madrid player, becoming one of the best goalkeepers of all time.

This goalkeeper kit has been a favorite among fans for years, and now Adidas is allowing them to own a piece of the goalkeeping legend’s history. Just don’t expect Thibaut Courtois to wear it on the pitch for an official match.

The kit will be available at Adidas stores and online later this month.

How AS Roma star Paulo Dybala spends his millions