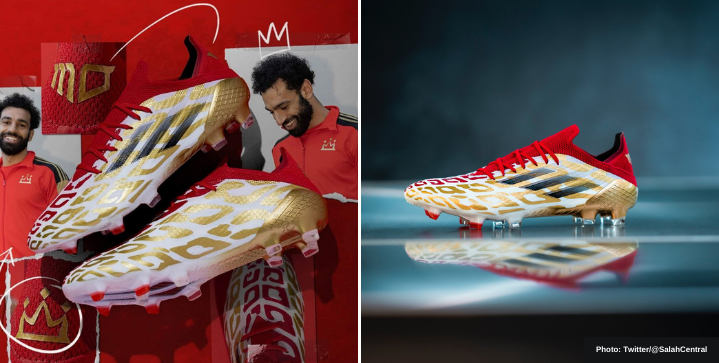 Adidas have launched Mohamed Salah’s first-ever signature boot ahead of the 2022 African Cup of Nations. But good luck getting your hands on a pair.

Only 1069 of the limited-edition ‘Prepare For Battle’ X Speedflow MS.1 boots will be released worldwide. Why 1069? Because 69 is the number of goals the 29-year-old striker needs to reach to become Egypt’s top goal scorer.

The stunning boot takes graphic inspiration from the 2014 Battle Pack and features gold, black, and red prints. The back of the shoe showcases his nickname ‘MO’ on the left boot accompanied by a crown on the right boot to anoint Liverpool’s ‘Egyptian King.’

Salah lead the Premier League in goals and assists in 2021 with 35 contributions, 12 more than Harry Kane.

Expect to see the star sporting the boots in Egypt’s tournament kickoff match against Nigeria next Tuesday.