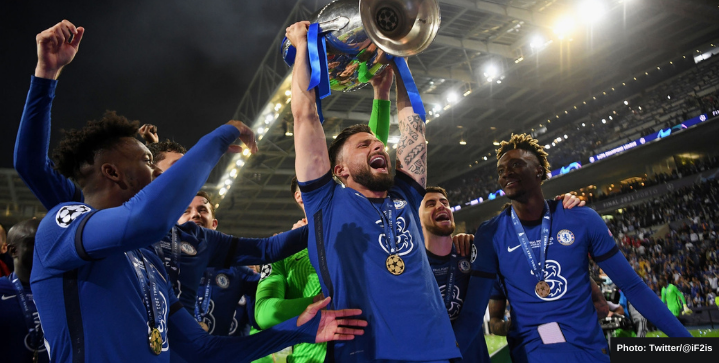 AC Milan are on the verge of signing Chelsea striker Olivier Giroud for €2m.

The 34-year-old Frenchman has an agreement on personal terms with the Serie A giants until June 2023.

Giroud initially appeared to be on his way out after winning the Champions League with the Blues. But Chelsea’s uncertain search in the market for a new number 9 compelled the Blues to confirm Giroud’s extension until an offer came through.

Now that AC Milan is ready to finalize a deal, Stamford Bridge is ready to abide as the Blues try to nail down a sensational swoop for Erling Haaland.

Forever underrated, even mocked by national teammate Karim Benzema as a “go-kart” compared to the Madrid man’s “Formula 1” quality, Giroud always shows up for club and country.

Thank you for everything, @_OlivierGiroud_ 👑

Once a blue, always a blue💙pic.twitter.com/YPHFQqwBsY

After all, his last goal for Chelsea was a bicycle kick against Atletico Madrid in the Champions League.

Giroud scored 39 goals in 119 appearances for the Blues and over a century of goals in six seasons for the Gunners.

He’s won a Champions League, a World Cup, and holds three FA Cup winners medals— two with Arsenal and one with Chelsea.