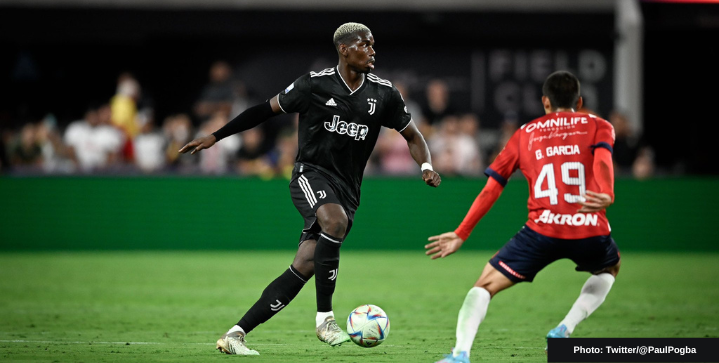 According to reports in Italy, Paul Pogba could be ruled out of the 2022 Qatar World Cup.

The 2018 World Cup champion suffered a knee injury that appears to be worse than initially thought.

Pogba only played 45 minutes of a pre-season game after his return to Juventus from Manchester United this summer. He missed the friendly against Barcelona in Dallas on Tuesday.

The 29-year-old must decide whether to get meniscus surgery which takes at least two months to recover or a meniscal suture which requires full recovery of the knee with up to 6 months out.

Should the player opt for the quicker surgery, he should get back to fitness sometime in late September.

Should the French superstar choose the long-term fix, he may not return from injury until next year, thereby missing the World Cup.

Juventus has called in further consultation to help Pogba make his final decision.

Pogba’s latest blow is just a continuation of his time at Manchester United the past few seasons. Being injury prone is part of the reason United refused to offer him a new contract.

“I had many problems in Manchester like injuries, different managers and position on the pitch,” revealed Pogba after signing for Juventus earlier this month.