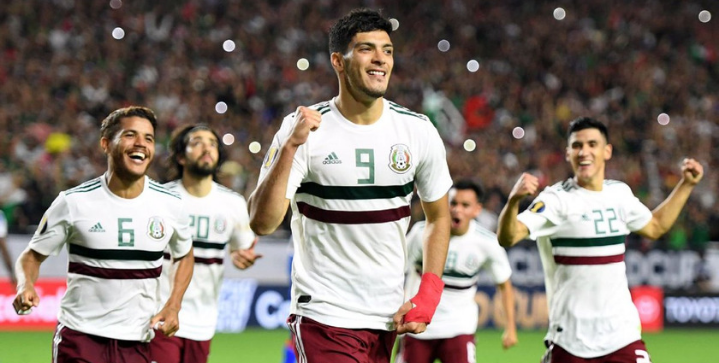 After surviving Costa Rica on penalty kicks in the Copa America quarter-final thanks to some Memo Ochoa’s heroics, Mexico once again found themselves trying to close a game late on.

But a controversial foul call in the 93rd minute helped El Tri put the game away in extra time. Raul Jimenez stepped up and buried the eventual game-winner.

Mexico are awarded a penalty just 3 minutes into extra time and Jimenez sends it home with ease. #GoldCup2019 pic.twitter.com/xNsBHDczHh

Underdogs Haiti put in a convincing performance against the heavyweight champs, nearly sealing the equalizer in the 119th minute only to hit the crossbar.

The penalty awarded to Mexico early on was a cruel way to end Haiti’s impressive run. The team won their group and made it to the semi-finals for the first time ever.

Mexico will make its 8th appearance in the Gold Cup final against either the United States or Jamaica on Sunday, July 7th at Soldier Field.