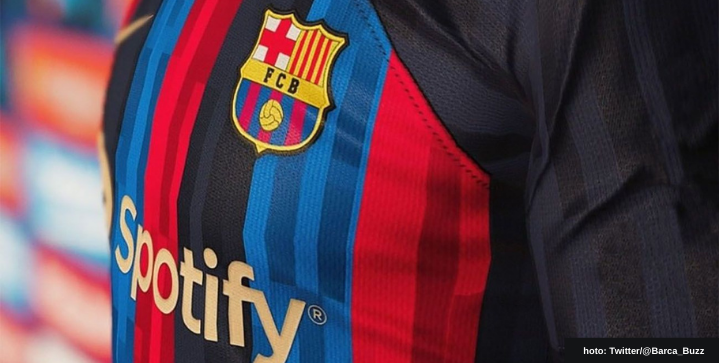 Barcelona will unveil its home kit for the 2022/23 season on Friday morning.

The Blaugrana jersey is already featured in the club’s megastore but won’t be on sale until tomorrow. The club plans to reveal the 1992 Olympic-inspired away and third kits later in July and August, respectively.

The Nike Dri-Fit shirt features the team’s iconic red and royal blue stripes, including a darker navy blue, all overlaying what appears to be a pixelated pattern. The sleeves and collar adopt the dark blue striping, the predominant color used for the shorts and socks to complete the look.

Spotify, the club’s new sponsor, appears in gold below the Nike swoosh and Barcelona crest. Do you think Barcelona will win the treble in this kit next season?