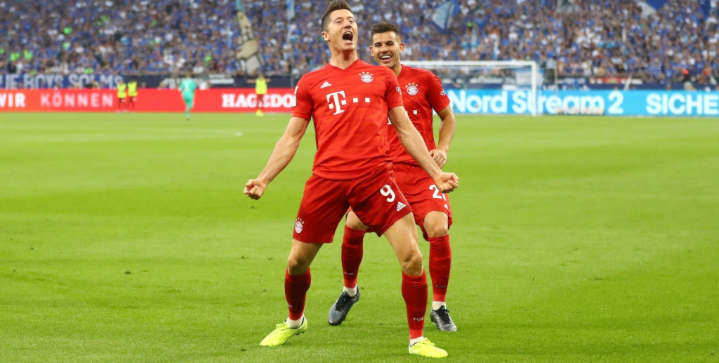 From emerging starlets Jadon Sancho to the durability of Lionel Messi, 2019 proves that point that the beautiful game continues to evolve while producing new eras of players who ooze class.

The England international has enjoyed a stellar career in Dortmund, notching 20 goals and 32 assists in 54 starts and 74 outings across all competitions.

Aware of the incoming interest from other leagues, Borussia Dortmund has proactively given Sancho a new contract awarding him £190,000-a-week which is more than double the player’s previous salary. Sancho is now one of Bundesliga’s highest-paid players with his contract expiring in 2022.

No wonder Premier League heavyweights Chelsea signed Ajax star Hakim Ziyech for next season. The 26-year-old Moroccan has earned 31 goals, 40 assists, in 81 games for the Dutch side. He was a key component in Ajax’s Eredivisie and Dutch Cup run last year in addition to the team’s semi-final appearance in the 2018/19 Champions League.

The ultimate all-around midfield creator Kevin De Bruyne is enjoying another fantastic run in the 2019/20 season, notching 9 goals and 20 assists across all competitions. With 17 of those assists in the Premier League alone, he’s on the verge of beating out Thierry Henry’s record of 20 with 10 games in hand.

Signed to Liverpool in 2018 for a £67m fee, the Brazilian goalie Alisson has played a vital role in bringing Liverpool its first Champions League trophy since 2005.

A candidate for the 2019 Ballon d’Or, Alisson won the Golden Glove last year for accomplishing a club record 21 lean sheets. Alisson leads the Premier League in clean sheets again this season, even after missing 8 matches.

Lewandowski has scored 25 plus goals across all competitions in each full season he’s played at Bayern Munich. And there’s much more to come from the 31-year-old who seems to age like a fine wine.

The goal machine signed a four-year contract extension with the Bavarian giants that sees him with the club until 2023.

The 2018/19 Serie A defender of the year, Napoli star Kalidou Koulibaly is in hot demand for top clubs around the world craving a solid central defender of Virgil Van Dijk like mold.

In fact, Koulibaly could very well end up pairing with Van Dijk at Liverpool next season. That would make the Reds virtually impenetrable at the back.

The 22-year-old Dutchman enjoyed a 2018/19 standout season with Ajax, culminating in the game-winning goal against Tottenham in the first leg of Champions League semifinals. While Ajax lost the tie, van de Beek and team have snagged a Dutch Cup with the promise of a league title all but guaranteed.

With interest from big clubs like Real Madrid and Manchester United, be prepared to see Donny flash different colors next season.

Undoubtedly the best young player in the world, the 21-year-old French starlet Kylian Mbappe has already won one World Cup and shows flashes of the next Thierry Henry.

With incredible vision, pace, and dribbling ability, Mbappe finished second to Messi in 2019’s race for the Golden Boot. He also won Ligue 1 Player of the year last season. All eyes will be on Mbappe this summer as compatriot and head coach Zinedine Zidane prepares to bring Mbappe to the Santiago Bernabéu.

The 2019 UEFA Men’s Player of the Year has since transformed into the backbone of the defense for the Reds. Van Dijk played a pivotal role in Liverpool’s Champions League title in 2019 after before losing the finals to Real Madrid the year before.

With 77 goals in 161 matches for the Reds and a Champions League title to boot, Mane looks to help the Reds win the club’s first Premier League title this century.

Lionel Messi took back the throne in winning his record-setting sixth Ballon d’Or after finish fifth in 2018. The 32-year-old Argentine striker was involved in 63 goals for club and country in 2019, totaling 46 strikes and 17 assists for Barcelona and Argentina at a rate of 1’17 per game. GOAT.