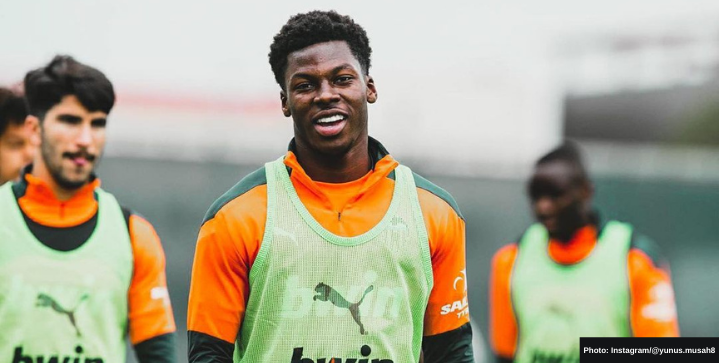 He represented England in the youth levels and was eligible to play for the Three Lions, Ghana, Italy, and the United States.

The teenage star is a massive addition to Gregg Berhalter’s team. Born in Manhattan, Musah made way to the Arsenal Youth Academy before opening up his first-team account for Valencia in La Liga.

USMNT’s assistant coach Nico Estévez, who used to be at Valencia, played a crucial role in encouraging Musah to join the Stars and Stripes.

“I think it was pretty clear for me to decide to play for the United States,” Musah told USSoccer.com.

“First of all, I think it makes sense to represent the country I was born in. The moment I decided to play for the United States came one day when my heart told me that this was the best place for me. The project that we have now and for the future is so exciting, and it’s a great pleasure to be able to be a part of that. I can’t wait to get started.”

When we’ll see Musah suit up for the USMNT

Musah previously appeared for the national team against both Wales and Panama. But expect to see add two more caps this month.

Yunus Musah intends to join the senior team for upcoming friendlies against Jamaica and Northern Ireland this March.

“Yunus is an exceptional talent. For his age, it’s impressive what he can do,” said Berhalter.

“When the group first met him, we were immediately drawn to his personality and what a great person he is. When you see him play, you realize there is a ton of talent as well. We’re really excited, because not only is Yunus a player for today, he’s a player for the future.”

Get excited for the 2022 World Cup USMNT fans

Musah joins a golden generation of youthful U.S. male talent, including Christian Pulisic, Sergino Dest, Weston McKennie, Tyler Adams, and Gio Reyna. All players could one-day line up for the USMNT in the 2022 World Cup.

“The U.S. will, in 2026, have a good team. They will be there. They already have, amongst the younger players, a good dozen who play in big clubs. In the U.S., it took a lot of time for football to come to the fore. Today, it is.”

“Yes, it could be”—Zidane adds to speculation on Ronaldo’s sensational return to Real Madrid