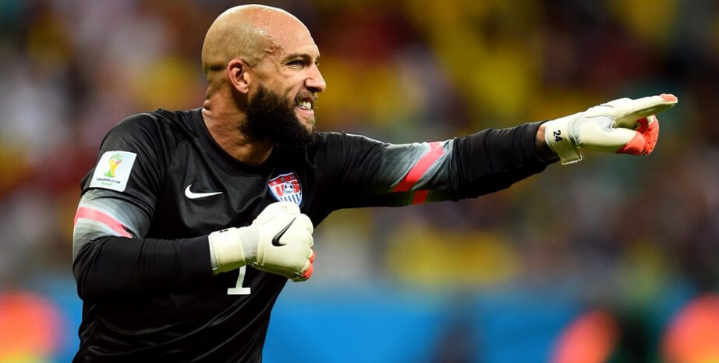 With a semifinals appearance in the 1930 World Cup and a 1-0 victory against England in the 1950 tournament, the United States failed to qualify for every World Cup until 1990. The team has participated in eight World Cups since then. Here are the eleven most capped players to don the Red, White, and Blue jersey along the way.

The most capped player on the U.S. Men’s National Team with 164 appearances, the dreadlock hairstyle midfielder dressed up for three World Cups (1994, 1998, and 2002). He also played an instrumental role in both the 2000 CONCACAF Gold Cup (recognized in the best XI) and the 2002 CONCACAF Gold Cup, which the Americans won.

One of the most celebrated American soccer players of all-time, Landon Donovan played 157 games for the USMNT making him the second most-capped in team history. He’s also the only American player to achieve both 50 assists and 50 goals for the side, tied with Clint Dempsey with the most-scored goals at 57. Despite his contributions in 2002, 2006, and 2010 World Cups, he fell short in making the Brazil 2014 World Cup roster.

The captain of the United States national soccer team, Michael Bradley has enjoyed a stellar international career. A versatile player that can play various midfield positions, he’s clocked over 140 games with the team, winning the 2007 CONCACAF Gold Cup with his father Bob Bradley as coach. He also played in 2 World Cups, helping the USA team to the round of 16 in 2010 South Africa and 2014 Brazil.

From Nacogdoches, Texas, Clint Dempsey has secured his name in USMNT folklore by scoring some key World Cups, including one of the fastest ones ever against the Ghana side in the 2014 World Cup. A fierce competitor, Dempsey has scored 57 goals for the national side in 141 appearances. He remains the USMNT’s top-scorer, tied with forward Landon Donovan.

The fifth most capped US Men’s player of all-time, the defender Jeff Agoos made his international debut at the age of 20 in a match against Guatemala. He played in two World Cups and helped the US win the CONCACAF Gold Cup in 2002.

The linchpin of the American defense, Marcelo Balboa is the first USMNT player to earn 100 caps and one of 3 players to participate in 3 World Cups. He retired from the Stars and Stripes after 2000 with 13 goals.

The imperious goalie Tim Howard played 15 years with the national side, earning 121 caps. All US fans will forever remember his incredible performance against Belgium in the 2014 round of 16 where he broke the record for World Cup saves in a match with 15. However, the US fell to Belgium 2-1.

At the heart of the US midfield, Claudio Reyna played in the 1998, 2002 and 2006 World Cups. On the 1994 roster, he failed to play due to injury. Given his strong international club experience at Leverkusen, Rangers, and Manchester City, he became one of the US’s most technically gifted players before nagging injuries slowed him down. He earned 112 caps with the US side, along with scoring eight goals.

With 110 appearances, Jozy Altidore is the tenth most capped player on the United States national team. He played in two World Cups, the 2009 Confederations Cup in South Africa, plus three CONCACAF Gold Cups. He’s scored 41 times.

The former US team captain Carlos Bocanegra earned 110 caps during his eleven-year international career. A participant in two World Cups, he helped lead the team that beat Spain 1 nil in the 2009 Confederations Cup before losing to Brazil in the final. Bocanegra also won the 2002 and 2007 CONCACAF Gold Cups.

11 of the most capped Mexico players