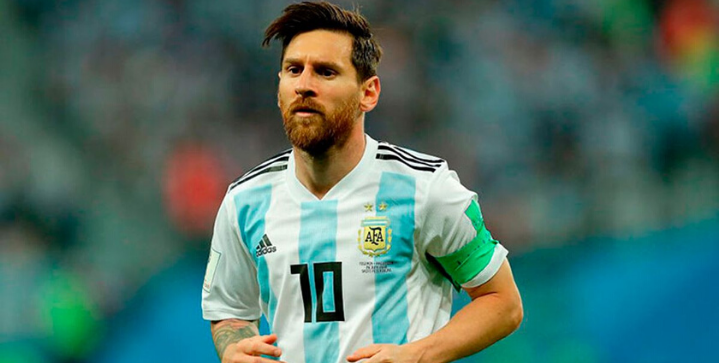 Selección Argentina has never been short of talent, from Diego Maradona to Lionel Messi. This list will outline the most capped players from Argentina to date.

Only three players have made 20-plus World Cup appearances for Argentina. Lionel Messi is one of them.

After helping his side win the gold medal in the 2008 Beijing Olympics, Messi’s international career has experienced a mix of ups and downs. He led Argentina to a runner-up in World Cup 2014 and a runner-up in Copa América three times: 2007, 2015, and 2016. After losing the Copa América 2016, he briefly retired and returned to play in the 2018 World Cup.

But Messi’s patience and persistence paid off. He ended his international trophy drought with a 2021 Copa America victory over Brazil. In June 2022, he added the “Finallisima” to his collection with a 3-0 win over Italy at Wembley, his 40th career trophy.

On this day in 2006, Lionel Messi scores and assists in his first World Cup match for Argentina. Here are the highlights! 🇦🇷pic.twitter.com/CLVa49Uqs0

Javier Mascherano is the second-most capped player on the Argentina national team with 147 appearances. During his fifteen-year career, Mascherano won two gold medals and finished as runner-up in the 2014 World Cup and four Copa América (2004, 2007, 2015, 2016). He retired after the 2018 World Cup, having played in four tournaments.

Mascherano, along with Maradona and Messi, is one of three Argentina players with 20+ World Cup caps.

With 143 caps, Argentina stalwart Javier Zanetti played in the 1998 and 2002 World Cups, two Copa América, and finished runner-up in the 2005 Confederations Cup. While he only won a silver medal at the 1996 Olympic Games with Argentina, he’d go on to collect 16 trophies for his club Inter Milan.

The Argentine winger Angel Di Maria has earned 110 caps for country, having played in three World Cups and three Copa América. He won his first trophy for Selección Argentina in the 2008 Olympics with a gold medal. Messi was also on that team.

Most recently, Di Maria scored the decisive goal — his 22nd international strike — to win Argentina the 2021 Copa America against Brazil. The silverware ended Di Maria’s and Messi’s trophy drought since the 2008 Beijing Olympics.

One of Argentina’s best defenders, Roberto Ayala played 13 years with Selección Argentina where he won the silver medal for the side in the 1996 Summer Olympics and the gold medal in the 2004 Olympics in Greece. He also participated in three World Cups and helped his team finish runner-up in two Copa América.

As a defensive midfielder for Argentina, Diego Simeone earned 100 caps. He appeared in three World Cups, won two Copa America, and a silver medal in the 1996 Summer Olympics.

With 100 appearances, Sergio Agüero ranks 6th all-time for Argentina’s national team caps. As one of the best strikers in the world, the center forward has netted 42 times for blue and white stripes. His fourteen-year tenure includes achievements as a 2014 World Cup runner-up, two Copa América runner-ups, and the 2021 Copa America trophy.

Considered one of Argentina’s greatest-ever defenders, Oscar Ruggeri earned 97 caps with the national side. His most memorable honor includes starting at center back for the 1986 winning World Cup team. He helped the team finish runner-up four years later. During his eleven-year tenure with La Albiceleste, he won two Copa América and the 1992 FIFA Confederations Cup.

With 96 appearances, Sergio Romero is the most-capped goalkeeper for Argentina. The high-quality goalie led Selección Argentina to one runner-up at World Cup 2014 and two runner-ups at Copa América. He also played in World Cup 2010 and was omitted from the 2018 team due to a knee injury.

A pure genius with the football, Maradona took the sports world by storm in the 1980s. Both a prolific scorer and passer, Maradona shined in the 1986 World Cup in Mexico where he scored 10 of his team’s 14 goals, including the infamous ‘Hand of God’ goal and the ‘Goal of the Century’ four minutes later that helped beat England in the finals. He finished his career with 91 caps, playing in four World Cups (21 games) and scoring 34 goals.

Ariel Ortega played in three World Cups for Selección Argentina as an attacking midfielder. He garnered a total of 86 caps and scored 16 times, winning the silver medal at the 1996 Summer Olympics.