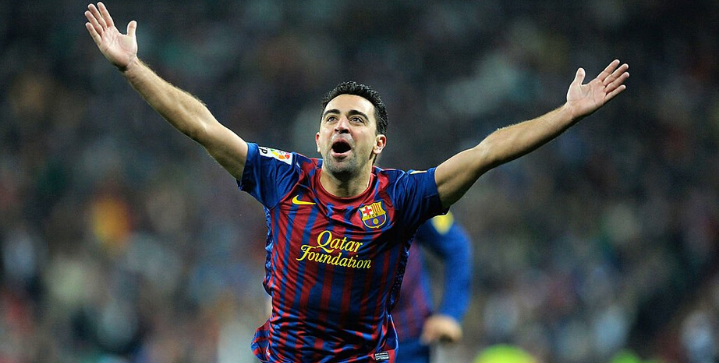 From the magic of Zinedine Zidane to the tiki-taka of both Xavi and Iniesta, here are the best midfielders of all-time.

The talisman, Zinedine Zidane sparkled in his five years in Turin winning the Scudetto in his first two years with the club. He earned the Ballon d’Or in 1998 following his historic World Cup for France and was named the Serie A Footballer of the year twice. Perhaps the greatest ever, he dazzled fans with his majestic play and legendary vision.

A creative visionary, Xavi epitomized the short pass and move philosophy of the tiki-taka. In his 17 year spell for the Catalonia side, he won 8 Spanish titles, 6 Copa Del Rey, and 4 Champions League trophies. With 133 appearances for Spain, Xavi also played an instrumental role in helping his country win its first title since 1964 with the UEFA Euro 2008. With his incredible vision — he dished 599 passes with a 91% success rate — and his ability to get stuck in, Xavi also helped power the team to the 2010 World Cup.

With 106 caps, the Manchester United striker /attacking midfielder played in four World Cups for England tallying 49 goals. He won the 1966 World Cup on home territory with England, before retiring from international duties after the 1970 World Cup.

A creative midfielder, known for his sharp passing skills and balance on the ball, Michael Laudrup excelled as part of Johan Cruyff’s “Dream Team” at Barcelona. From 1991 to 1994, Laudrup played with an arsenal of other talented players including Pep Guardiola, José Mari Bakero, and Txiki Begiristain to lead the Catalan side to a 1992 Champions League along with four La Liga titles. He also achieved a league championship with Real Madrid and Ajax in the last year of his career.

Celebrated for his lengthy one-club career at Manchester United, the 90s version of Ryan Giggs was remarkable. A dynamic midfielder, he was ultra-competitive and set high-standards both on the field and off. The most decorated footballer in Premiership history won the Premier League 13 times along with four FA Cups, three League Cups, and two Champions League titles. He’s also the holder of the Premiership most assists all-time with 271.