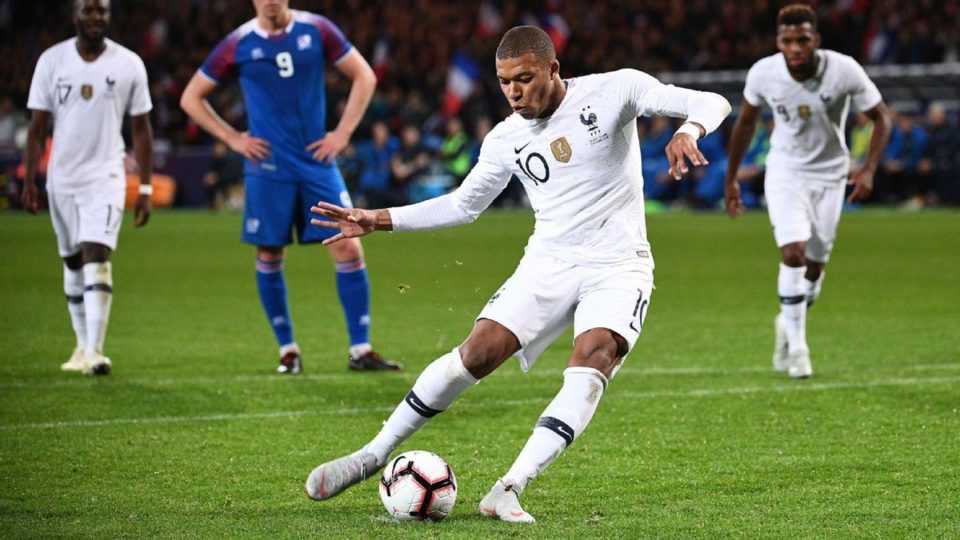 From the minimalist French home kits of 2014 to the African-inspired Nigerian uniforms from 2018, World Cup kits continue to evolve by combining design elements both old and new. Let’s take a look at our favorite eleven from this decade.

The blogosphere loved talking about Nigeria’s 2018 World Cup kits made by Nike. And rightfully so. The African inspired prints zigzagged across the body in green and white and ran across the arms in black and white, making for an eye-popping contrast. Capped off with plain white shorts and lime green socks, Nigeria’s kit made one heck of a fashion statement.

With Van Persie’s flying header, the Dutch blue and orange kit looked incredible for its simplistic mastery of design. Look close enough, and you’d see a faded crossing pattern running across the body.

With Brazil hosting the tournament on its own turf, the kits had to be top notch. And Nike delivered — with a new y-neck and ventilation holes underneath the left and right arms, the jersey still retained its yellow base with green strips one the neck and sleeves. The logo received a respectable enlargement as well.

As beautiful as it was in its 1936 debut as it is now, Peru sported its trademark iconic sash running across the body for its 2018 World Cup appearance. Umbro spiced it up a bit by adding gold trim around the sash and badge. Too bad the team couldn’t advance beyond the group stage.

With African inspired design, the Cameroon kit displayed its classic lion patch on top of a green shirt with reoccurring lion and “Les Lions Indomptables“ prints. The team crashed out of the first round of the World Cup, but the kit was a winner.

The USA 2014 home jersey designed by Nike went with a more traditional style, with a focus on the white polish and red lining on the collar and sleeves. You can bet Clint Dempsey’s has this one saved in his closet.

Unlike the successful 2018 run that saw Croatia the World Cup Finals, the 2014 team never made it of the group stage. But the kits were still superb. With red checkered elements of the flag running horizontally across the kit, the coat of arms placed over the heart, and player’s numbers squared in the chest, it was truly unique and remarkable.

The Croatian kits worn in the 2018 World Cup were a little bit different than the 2014 version, with the number placed to the side instead of over the chest. The red and white checkers also appeared to have stitches between each of the blocks, giving the kit some vibrancy.

Different from the mastery of lines as designed by Adidas on the team’s 1998 kit, Nike’s 2014 World Cup design was known for its simplicity. On top of an all blue shirt, the Gallic rooster and collar receive the most emphasis and pop with their contrasting white colors.

It’s no surprise that the World Cup winner also has a stellar jersey. The white kit worn by 2018 Champions France focused on enlarged number typography just below the Nike check along with the Gallic rooster emblem flanked on the left chest. The subtle streaks of light grey surround the entire kit with the Tricolore kept for the back neck around the crew neck.

With a stylized lion emblazoned in the middle of the chest, the Senegal team donned these green away kits at the 2018 World Cups too much fanfare. Puma’s decision to decorate the shoulders with white lining with a green Puma in between also won design praise. The green shorts and socks to complete uniform were icing on the cake.