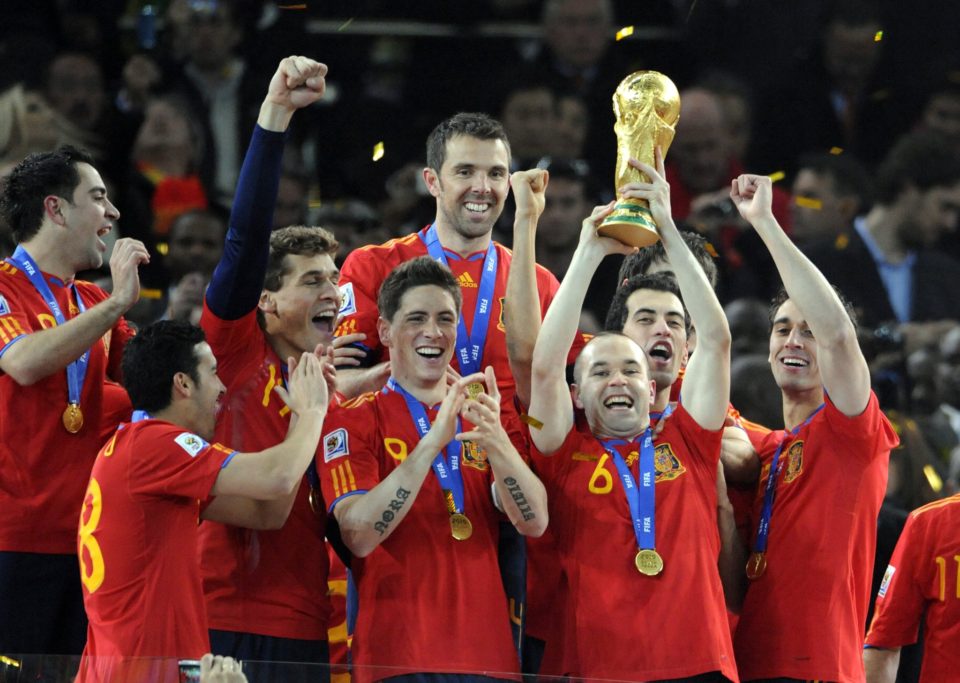 If the 90s kit makers were mostly made by Umbro, Lotto, Kappa, and Adidas, then the 2000s were about Nike’s intricate design and performative technology (e.g. dri-fit) elements. Let’s take a look at our favorite jerseys from the 2000s.

Often considered superior to the 1998 French kit even though France lost in the finals of this World Cup, the 2006 uniform is one of magic. With a white canvass, the Tricolore gets completed with red and blue graphics. The Adidas three stripes also get the bands of the French flag.

After a different 2002 kit design, Nike decided to get back to basics to celebrate the iconic yellow jersey. In mocking the t-shirt style of the 70s kit, the jersey arms and collar were trimmed with green.

Raging against the FIFA rulebook, the Cameroon football team tried to go sleeveless at World Cup 2002 but FIFA later made them add sleeves. Thankfully, the black sleeves turned to be an excellent addition.

Led by Didier Droba, Ivory Coast sported an orange kit that popped with the hint of green at the sleeves and shorts plus the iconic team patch featuring the elephant.

New Zealand made it to the 2010 World Cup wearing a rugby-inspired All Blacks kit. Minimalist and clean, this has to be one of our favorites.

So fresh, so clean. Portugal’s 2010 uniform featured a vertical red and green stripe that ran through the milky white jersey. The all-green shorts were also superb, yielding a sparkling contrast.

Every wonder goal needs a beautiful kit. Maxi Rodriguez scored one of the best goals in World Cup history in this uniform with a volley against Mexico. The outfit featured the country’s trademark white and light blue stripes with the AFA logo over the heart. It also has black Adidas stripes on the arms.

The simplicity of the all red 1966 World Cup trophy will always be hard to beat. But the 2006 featured classy Umbro and England in every way. The stripe coming down the right was subtle and perfect and gave the other side of the chest focus on the coat of arms.

While no German kit will ever beat the 1990 one, this jersey is still pretty solid. The 2006 uniform featured the three shoulder stripes followed by red, black, and yellow strips that connected down to the flair on the shorts.

Player number on the left, the crest on the right. The red and yellow stripes jersey reflected the pass and move philosophy of Spain that got them the World Cup trophy.